In the last decades more and more people bring up the longevity of Ikarians. International scientists, have turned their strong interest to learn, what it is that manages to make Ikarians not only centenarians, but also to have very good physical condition and health even at a hundred years old! There are many reports of international networks and Media worldwide, over the life of the inhabitants of this small Greek island. An important distinction is made for the island and the recording of the Blue Zones, a name given in 5 regions of the world ( Ikaria, Sardinia, Okinawa of Japan, Nicoya of Costa Rica and Loma Linda of California, USA), whose inhabitants surpass the life expectancy and reach over the age of 90 years. The centenarians of Ikaria are a good example for everyone who is looking for the secrets of a long and healthy life. But, which is the major factors,  that give Ikarians longevity? Researchers have shown, that there are many factors that lead to this longevity: 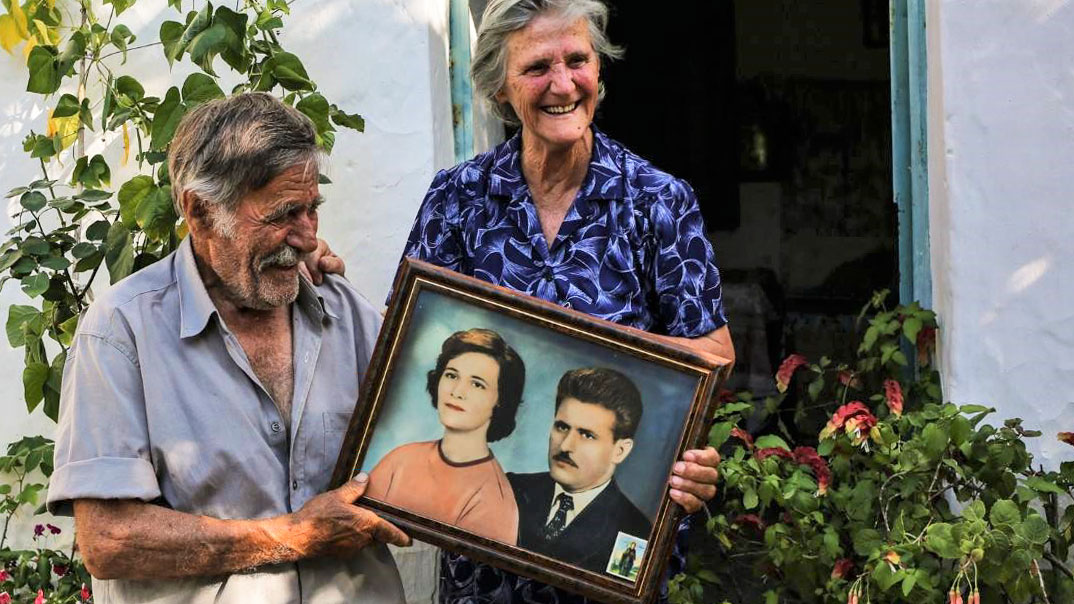 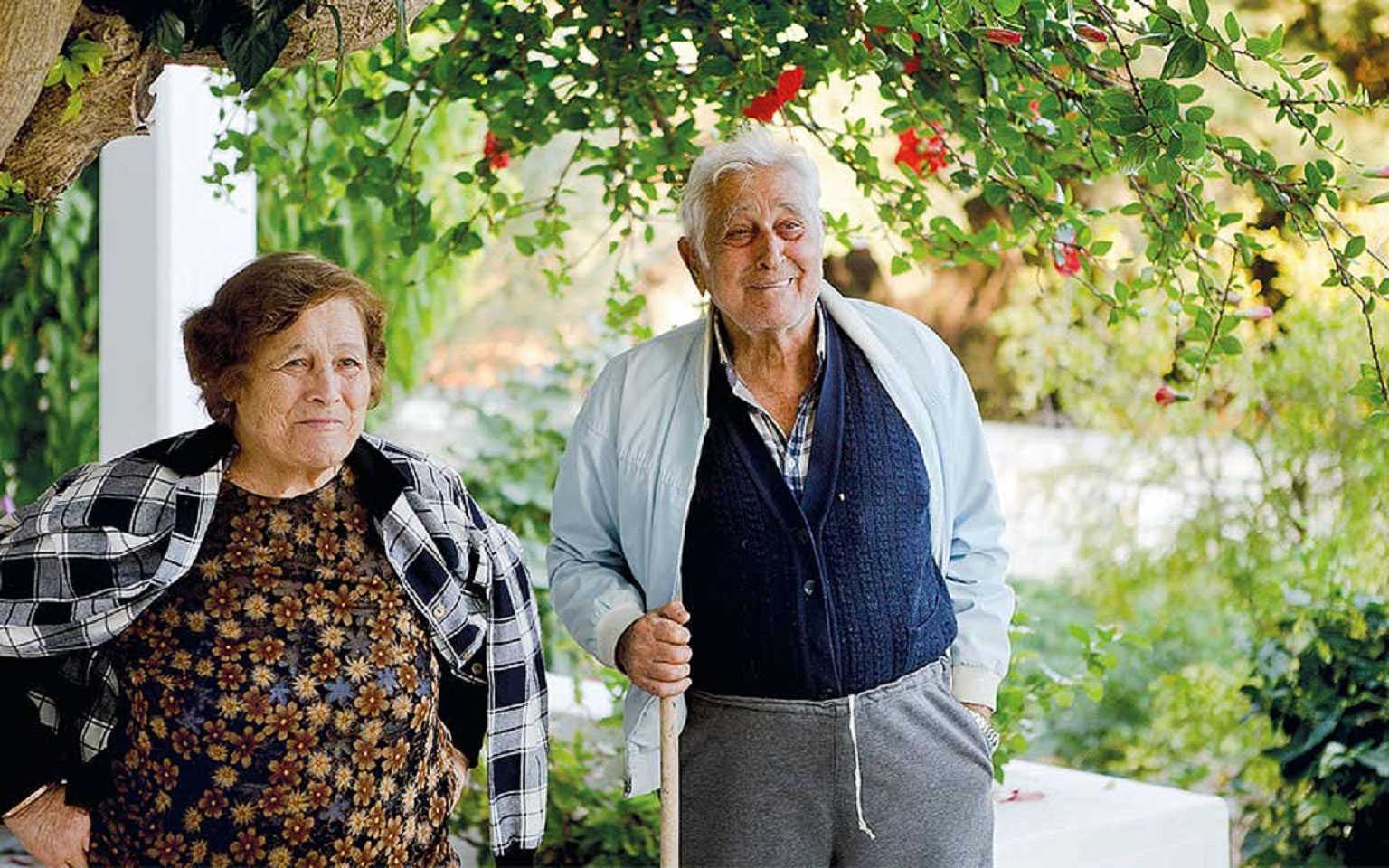 The traditional Ikarian diet is characterized by simplicity, moderation, variation, seasonality and the sparing use of meat. Ikaria’s diet has always been home-grown, foraged, seasonal, fresh and “everything in moderation”. Not surprisingly, the majority of Ikarian households have year-round gardens which provide them with a constant stream of fresh and seasonal fruits, vegetables, herbs, beans and nuts. In addition to their local gardens, many Ikarians also raise livestock on a small scale. Growing some of their own food also provides Ikarians with a sense of pride, self-sufficiency, purpose and dignity, not to mention exercise, sense of community and economic savings. The people of Ikaria seem to have found the answer to a healthy diet even as fast and processed food has entered the daily reality of local life in the modern age. They still base much of their diet on wild greens, beans, fruits and vegetables picked in season, fish just plucked from the sea, pigs raised in the backyard, goats that graze wild in the mountains, and chickens that also eat leftovers from family meals. Family and locally produced olive oil, honey, wine, goat’s milk and cheese and mountain teas are all used and consumed in abundance. Many people still forage for wild foods, from nutritionally dense edible greens and weeds, berries and herbs to mushrooms. Ikarians are also experienced fisherman both professional and amateur, with families often catching on their own the seafood they consume. Beans, including lentils, chick and black-eyed peas, are all healthy and low-fat cholesterol-free sources of protein and thus a meat substitute in Ikaria. They figure prominently in Ikarian dishes and provide vitamins, minerals and antioxidants. They are also simple to cook, versatile, inexpensive and filling. Ikarians have also developed a rich herbal tradition and herbs hold an important place in the local culture, as both food and folk medicine. Wild seasonally harvested herbs such as marjoram, sage, mint, chamomile, rosemary and dandelion are infused into flavorful hot and cold teas. With their powerful antioxidants and health-restorative and protective compounds, these delicious herbal drinks add a medicinal component to Ikarians’ already healthy mostly vegetarian diet.

One of Ikaria’s famous dishes is the “soufiko“, a summer vegetable stew, suitable for vegetarians. It is a mixture of various vegetables (tomatoes, eggplants, peppers, onions), cooked in a pan with olive oil and a little tomato purée. Zucchini patties and chickpea patties are also very famous delicacies, accompanied by the famous Ikarian red wine, the “Pramneios Oinos”. Other delicious dishes are cheese pies with “kathoura”, the local goat cheese, and various pies with herbs, aromatic plants and many spices. The island’s traditional dish is “gamopilafo”, rice served at weddings with local goat meat, boiled or grilled. Another traditional dish is goat stuffed with rice and various herbs. One of the most special dishes of Ikarian cuisine is “kakavia” a fish soup made with parrotfish or blackspot seabreams, a type of delicious flathead mullet. Another widespread Ikarian dish is “kolokasi“, the Ikarian sweet potato. A rare plant that in Greece is only found in Ikaria. It grows in the ravines of the island, mainly in its north side and is available from October until March. The locals cook its root with beans or as a soup, grilled or boiled with meat, in the same way as potatoes. However, they mostly serve it as a salad, accompanied by a garlic dip and wine.

Ikaria’s historic isolation helped create a living proof of the Mediterranean Diet in all its aspects. Even in the modern age, Ikaria is still an example of true Mediterranean living.

For thousands of years Ikaria has been famous for its wine. In Homer’s Odyssey, there is mention of the Ikarian “Pramneios Oinos”, a strong deep red wine that was highly valued in the ancient world. The Iliad heroes are said to have tasted the magical power of Ikarian wine when preparing for battle in order to cure illnesses and strengthen their military fury. It is also believed that Dionysus, the Greek God of Wine, was born in Ikaria and that his cult was active on the island in ancient times. Throughout its history grapes were a major crop in Ikaria, and in former times covered much of the island and contributed greatly to its economic development. Today Ikaria produces moderate quantities of organic and non-organic white wines, dry, semi-dry and semi-sweet red wines and rose wines. There are two main indigenous grape varieties on the island: Fokiano (red) and Begleri (white).T

Of interest is the fact that soil qualities unique to Ikaria can naturally produce wine that is 16 percent alcohol content or greater even in normal conditions. Ikarian winemakers were also innovators in that they fermented aged, stored and preserved their wines in earthen ware jars (“pitharia”) buried in the earth, a practice later widely adopted in different forms all over the world. 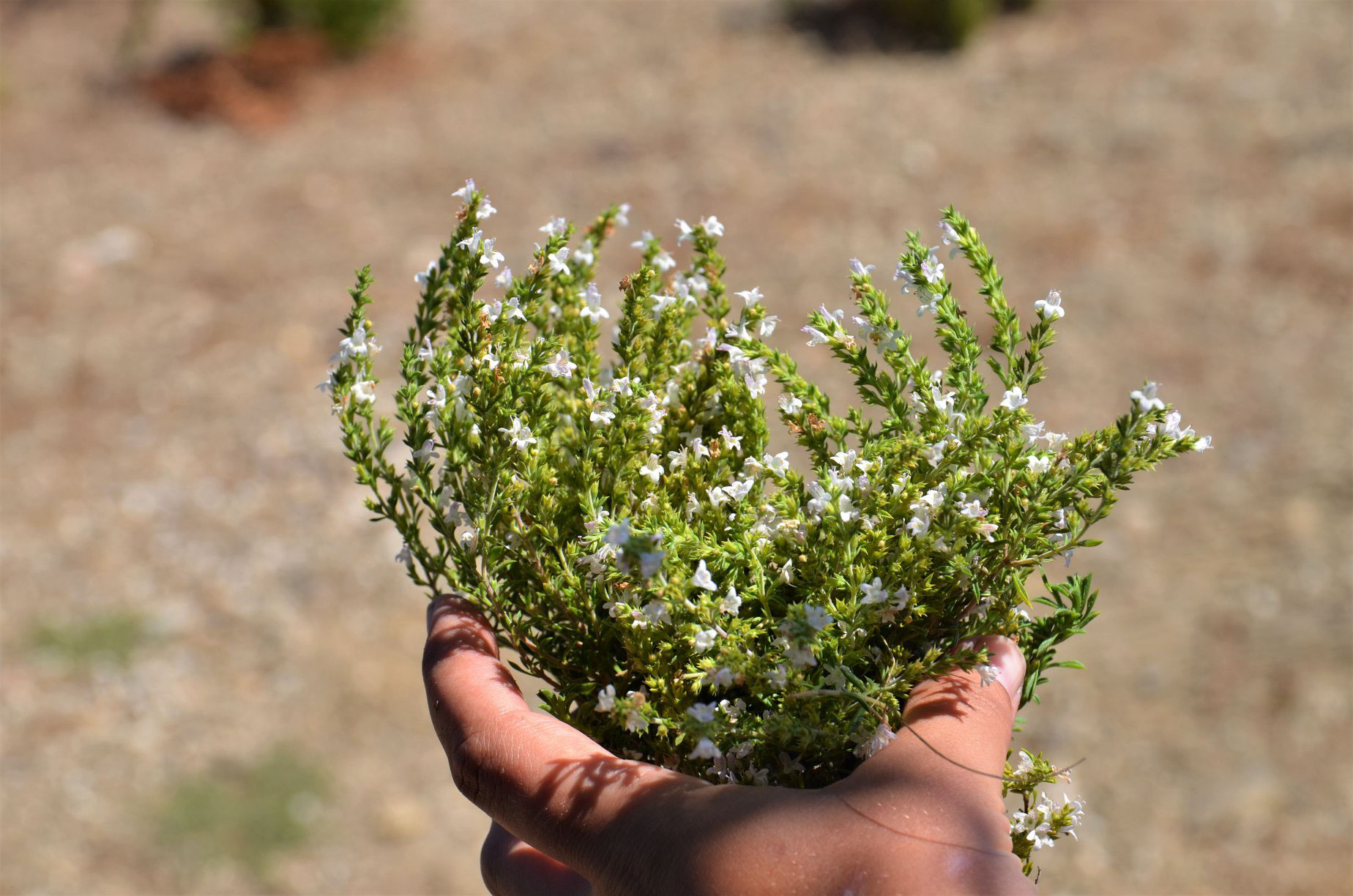 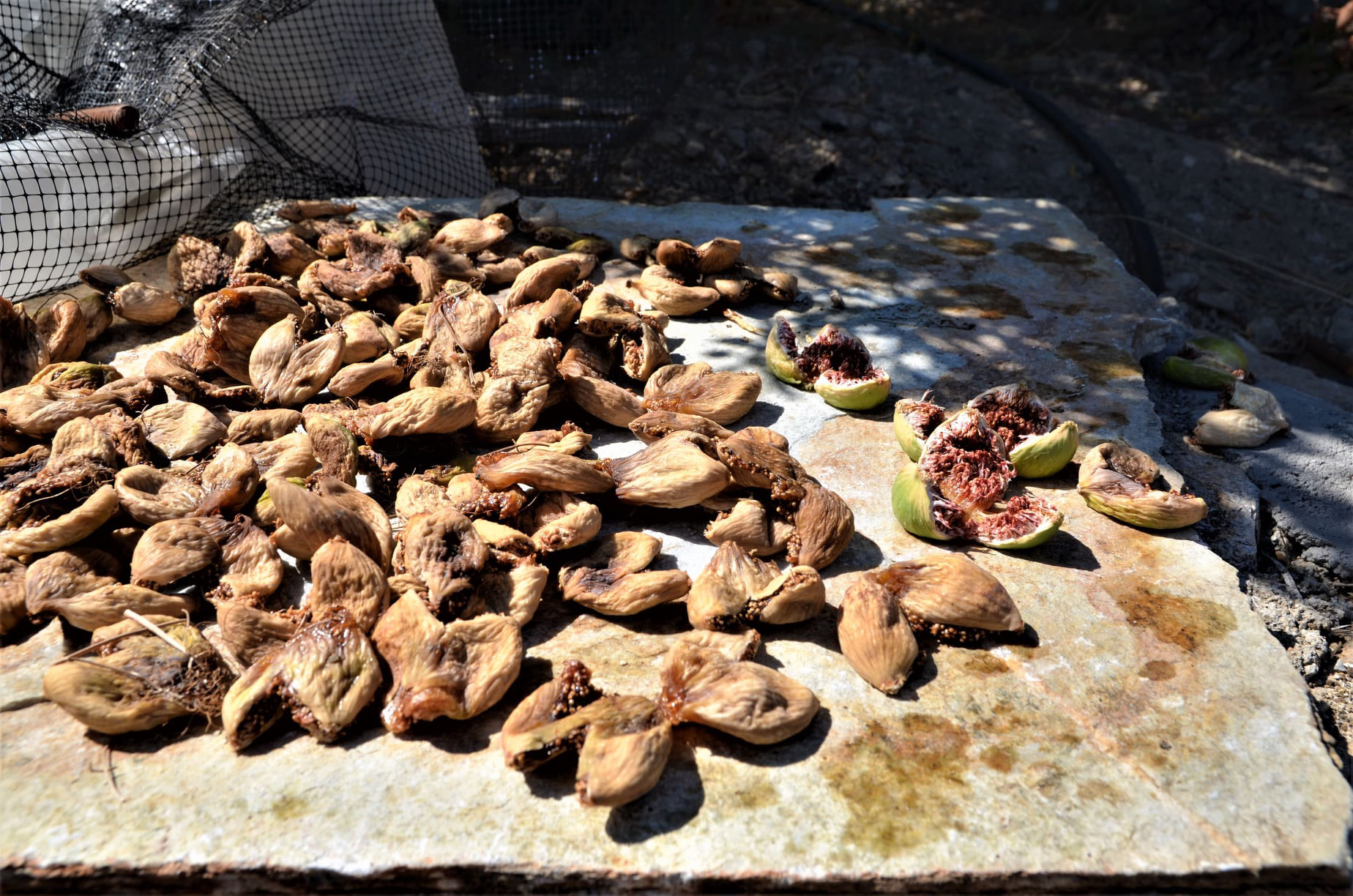 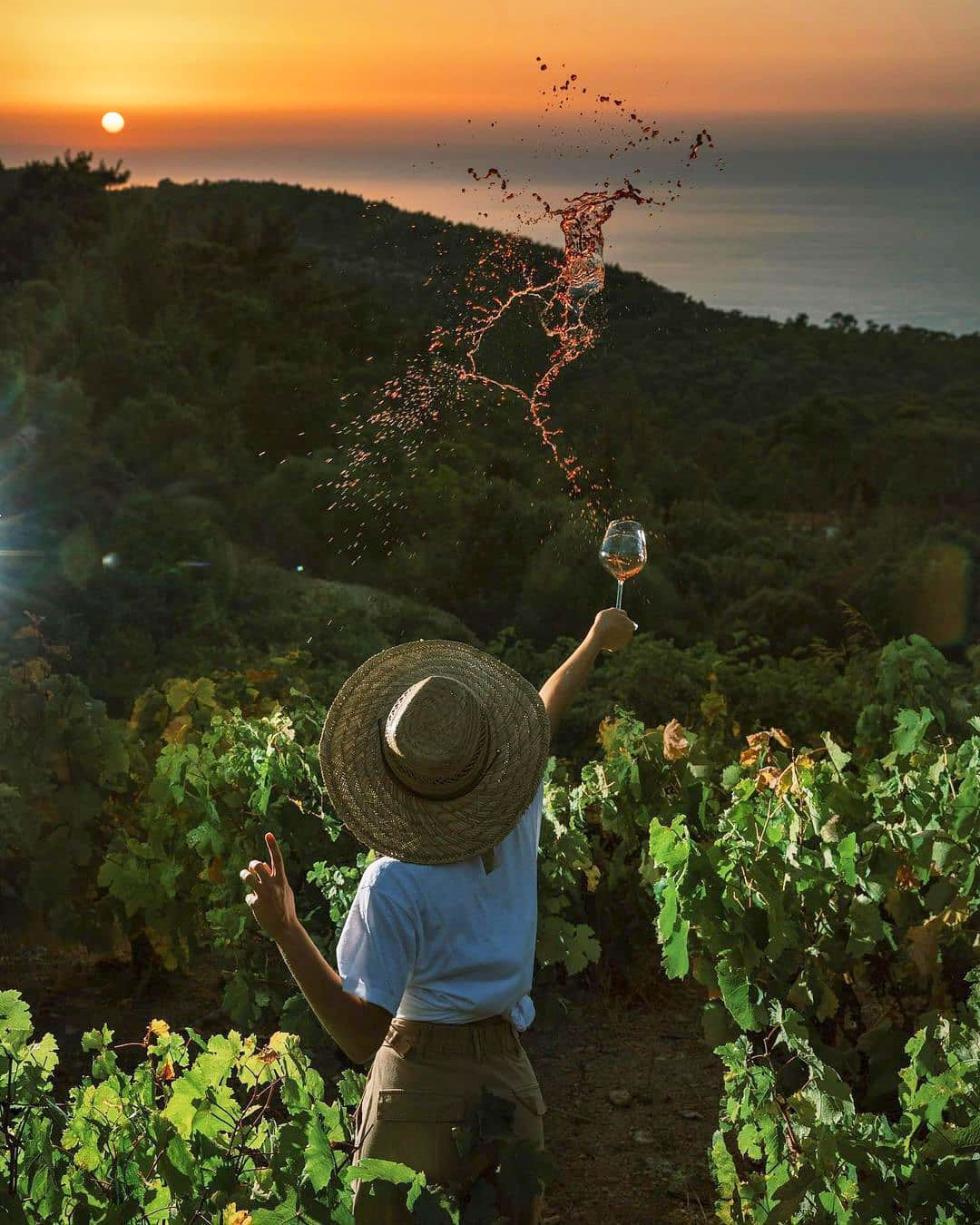 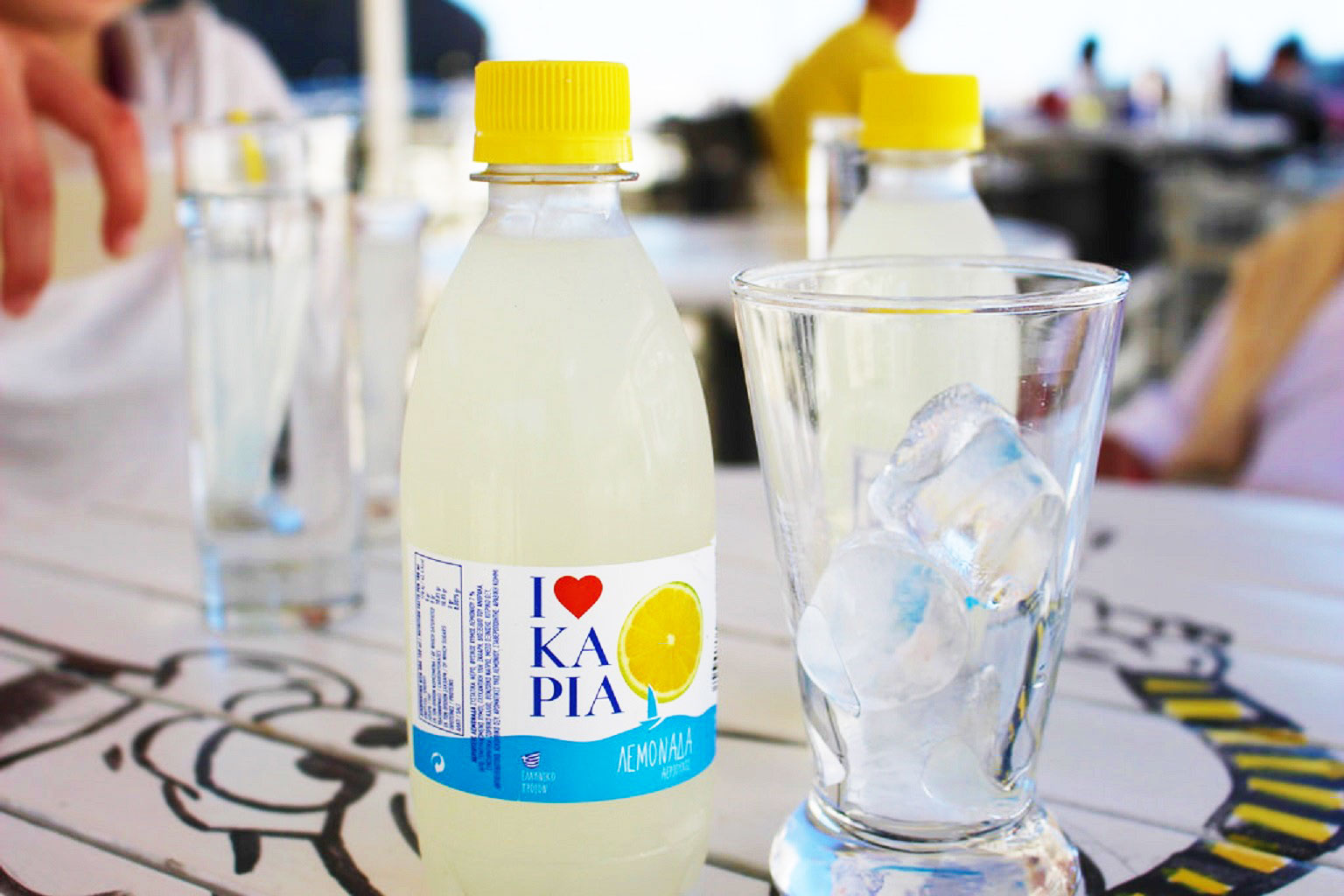 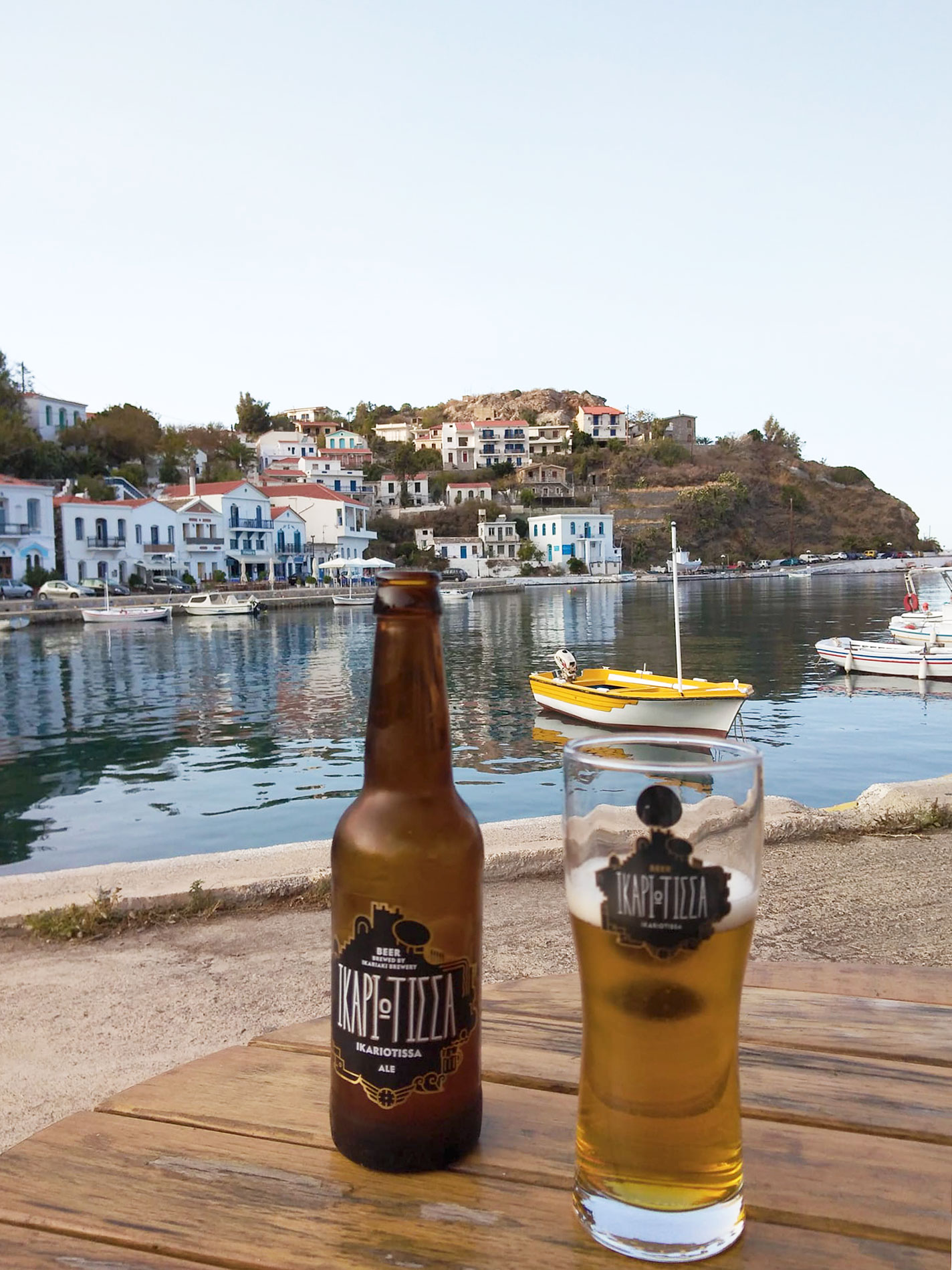 Ikaria’s abundant therapeutic radioenergized springs have been identified as amongst the best in the world in terms of healing qualities, radioenergy & temperature variance & water supply, and are particularly effective in treating a multitude of ailments and skin diseases because they can accommodate many different forms/strengths of therapy. Since the 1st century B.C.Therma, Ikaria has been a known center for hydrotherapy as evidenced by numerous references in historical texts and by the presence of archeological remains of ancient baths and facilities such as the Roman baths in ancient Therma. Today, Therma is still the principal region on Ikaria for organized hydrotherapy with numerous hotels/guesthouses. Outdoor natural hydro- therapy is also popular on Ikaria. Along Ikaria’s coastline there are several areas where radioenergic hot mineral springs flow into the sea from the shoreline where it is possible for one to bath & swim. Lefkada near Agios Kirikos, Leumakia (near Therma) and Agia Kuriaki (near the airport) are some examples. The therapeutic effects of Ikaria’s radioenergic hot mineral baths are delivered to the body primarily through inhalation while bathing (90%) with the remaining ten percent is absorbed through the skin.

The Apollon Spa is located in Therma town center and is operated by the municipality of Ikaria. The theraputic spring source of Apollon is radio-energic and is known to heal and relieve a variety of ailments and disorders.

The Cave Spa: It is located in Therma town center at the end of the beach and is operated by the municipality of Ikaria. The theraputic spring source of the Cave (Spilaio) Spa is radio-energic and is known to heal and relieve a variety of diseases, ailments and disorders.

The Asklipios Spa: It is located in Agios Kirikos across from the police station and is operated by the municipality. It is currently undergoing renovations. The theraputic spring source of Asklipios is radio-energic and is known to heal and relieve a variety of ailments and disorders. 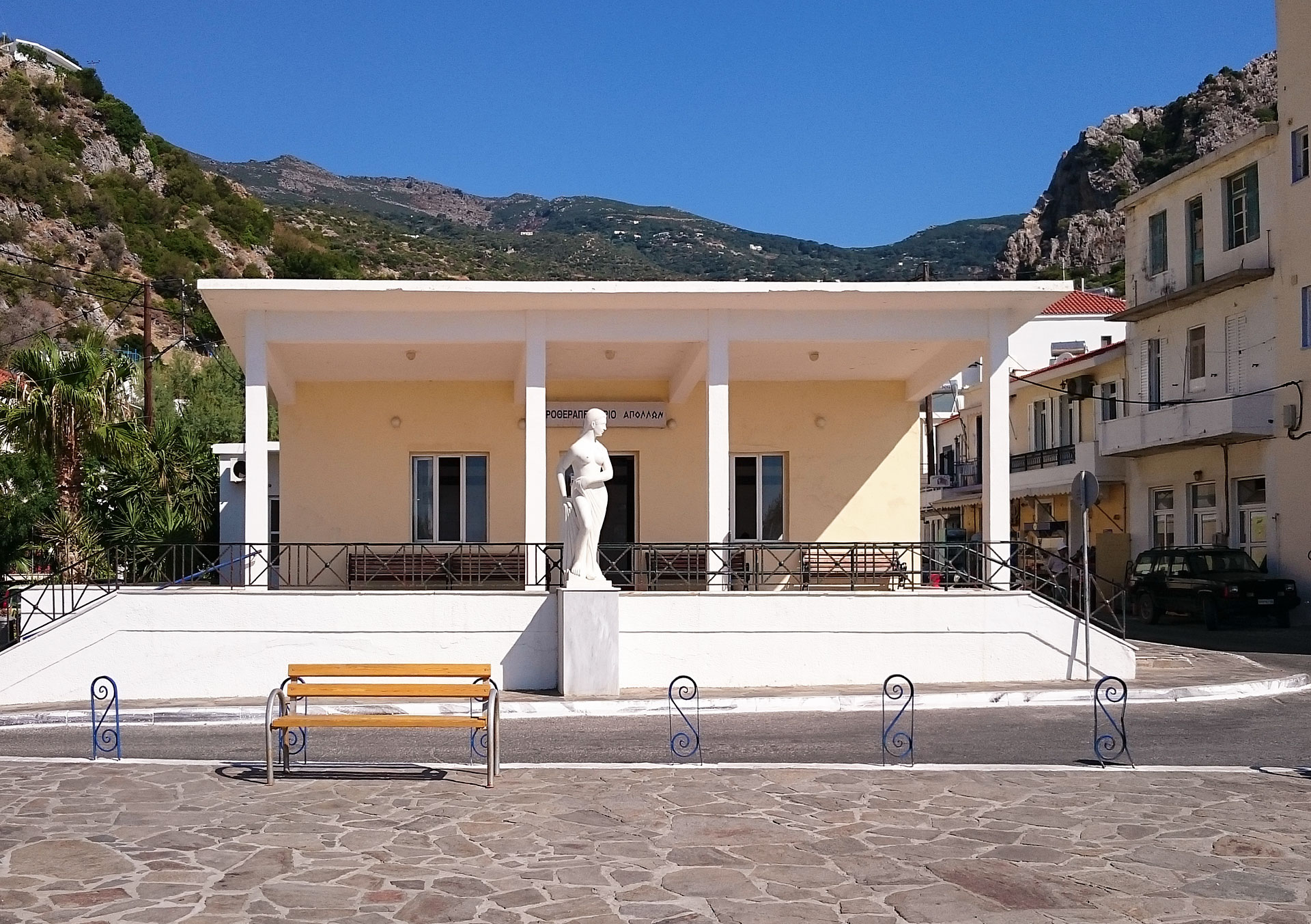 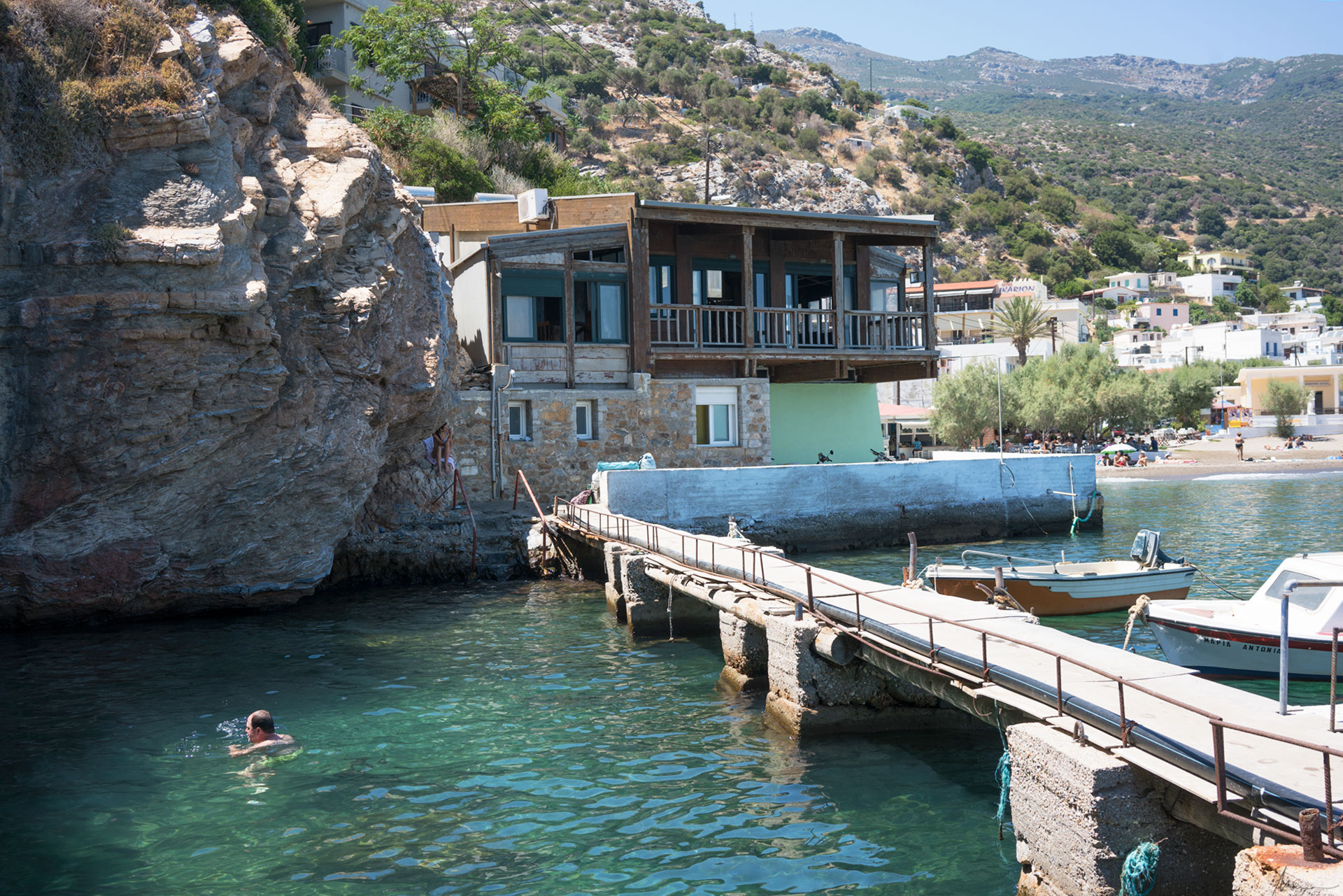