Monastery of Osias Theoktisti: It is located in Pigi village, on the north side of the island. It is a monastery dedicated to the Blessed Theoktiste from Molyvos, Lesvos. From an architectural standpoint, the monastery consists of: the Catholic (i.e. the main temple where all the monks were gathered), fifteen cells that work as hostels and various auxiliary spaces. A little further from the main temple, you can visit the Chapel of Theoskepasti, formed in an impressive way, inside a cave, which on top is covered with a rock.. The Monastery Osias Theoktistis celebrates on 9 November, but the first Sunday of September, there is a procession of the relics of Osias for visitors.

Monastery of Evaggelistrias Mavrianou: Located on the south western coast of Ikaria, is dedicated to the Annunciation of the Virgin Mary and was constructed in late 18th century. After a grant from the Stavros Niarchos Foundation several years ago, the monastery buildings and main church were repaired. In the monastery there are 10 cells, but today they are not inhabited. In the church, you can see a wooden iconostassis, dating to around 1820 and an image of the Virgin Mary. Every year on May 1st an Ikaria Panagiri (feast celebration) takes place at the monastery starting in the early afternoon.

Monastery of Zoodochou Pigis: It is located near the village Christos in Agios Kirikos. This nunnery was built around 1890 and abandoned in 1955. Much of it was destroyed by the great fire of 1993. Inside the temple one finds murals and a cross carved on the iconostasis. Worth seeing, the Holy Gospel of 1872 and an ecclesiastical tabloid, dating from the mid 19th century AD.

Monastery of Evaggelismos (‘the Annunciation’): It is located in Lefkada, few kilometers outside Agios Kirikos. It was built in 18th AD century by two Kollyvades, fathers of Mount Athos. From an architectural point, the monastery is a square with 20 cells, it has a dining room, two guesthouses, a lot of auxiliary spaces and inside, it has a wooden temple with scenes from the Old and New Testaments. Today, the chapel of St. Makarios is preserved, together with the mosaic images and the ruins of his cell. Beneath the floor of the church, his ossuary is found.

Efktirion of Archangel (prayer of Archangel): It is one of the oldest Christian temples on the island and its ruins are situated near the village Miliopo. The locals call it the church of Taxiarchis. The first phase of the construction of the temple dates back to the end of the 4th century AD. From an architectural point of view, it is basilica, with a wooden roof. Today, the arch of the sanctuary is rescued, the square altar, the two slabs, inscriptions on various marbles of the temple and capitals and columns of red marble.

The Monastery of Mounte: Its official name is monastery of Evaggelismos (The Annunciation) and it is located near the village Kastanies. Built around 1460 AD after an Ikarian child dreamt that the Virgin Mary told him the exact location to unearth a buried beautiful and rare icon depicting the Immaculate Conception. Inside the monastery, one can find numerous murals and old icons. The central wooden iconostasis of the monastery is remarkable. During the period 1947-1949 civil war, the monastery served as a sanatorium, treating over 120 political exiles tuberculous. 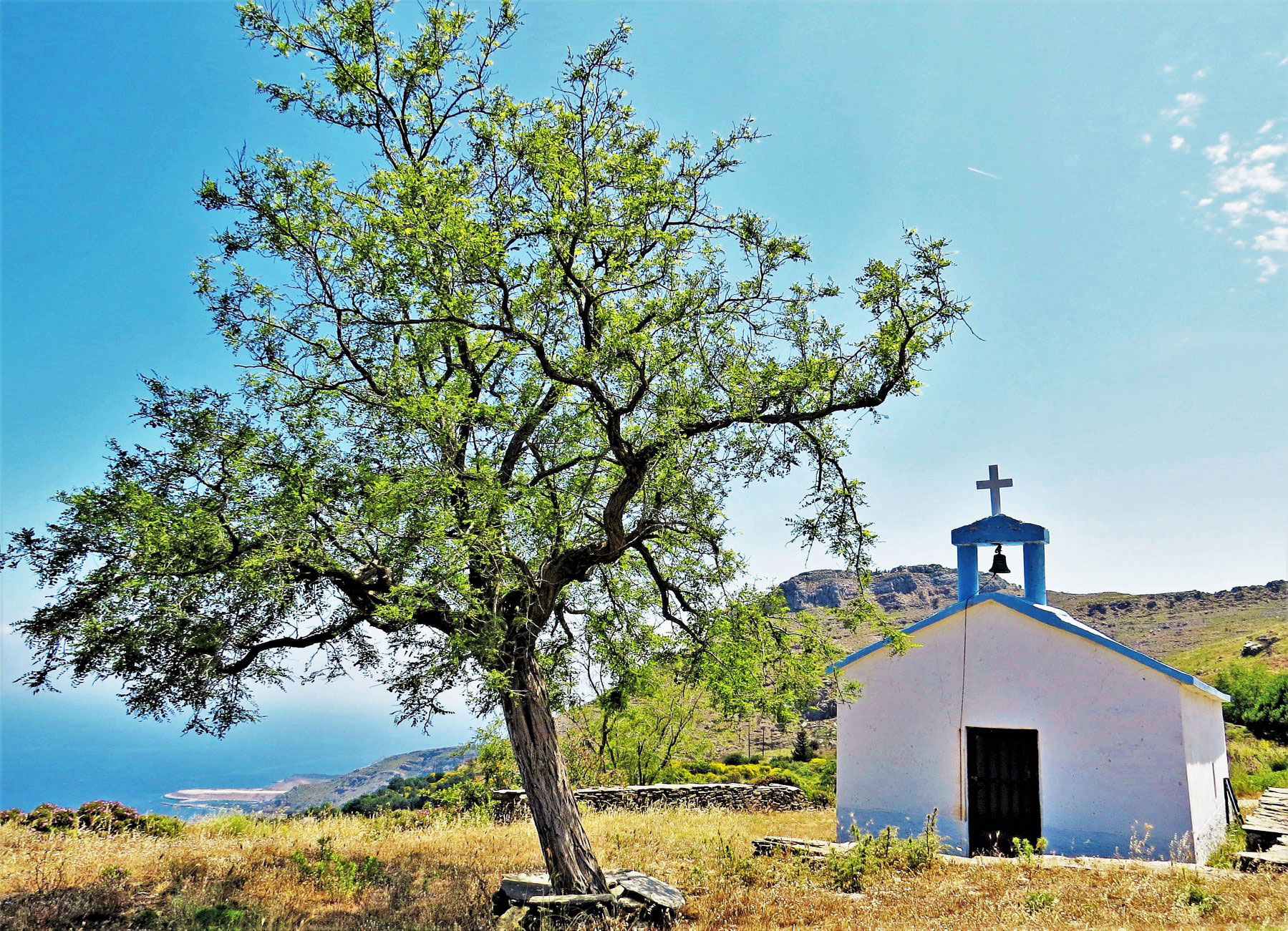 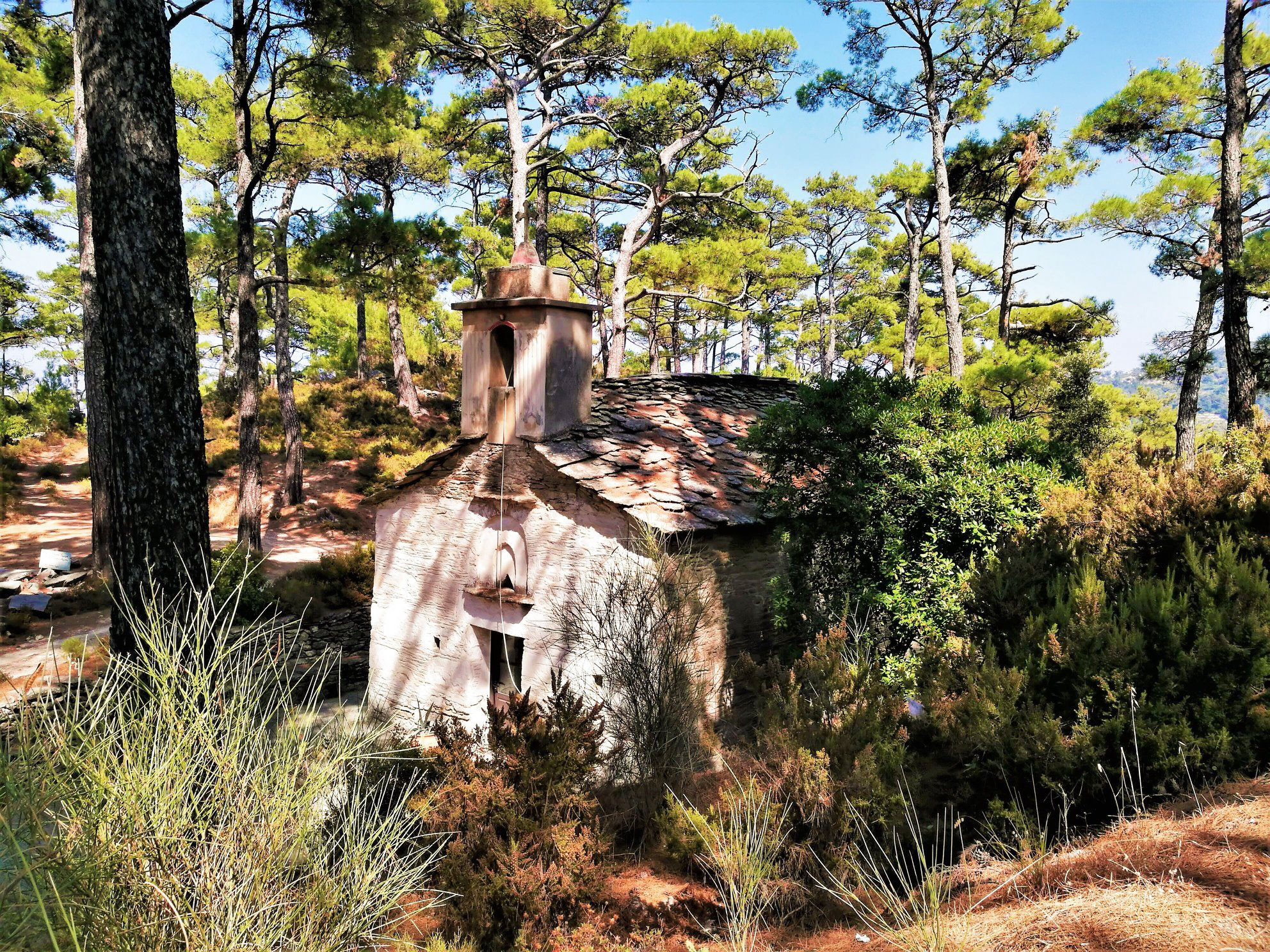 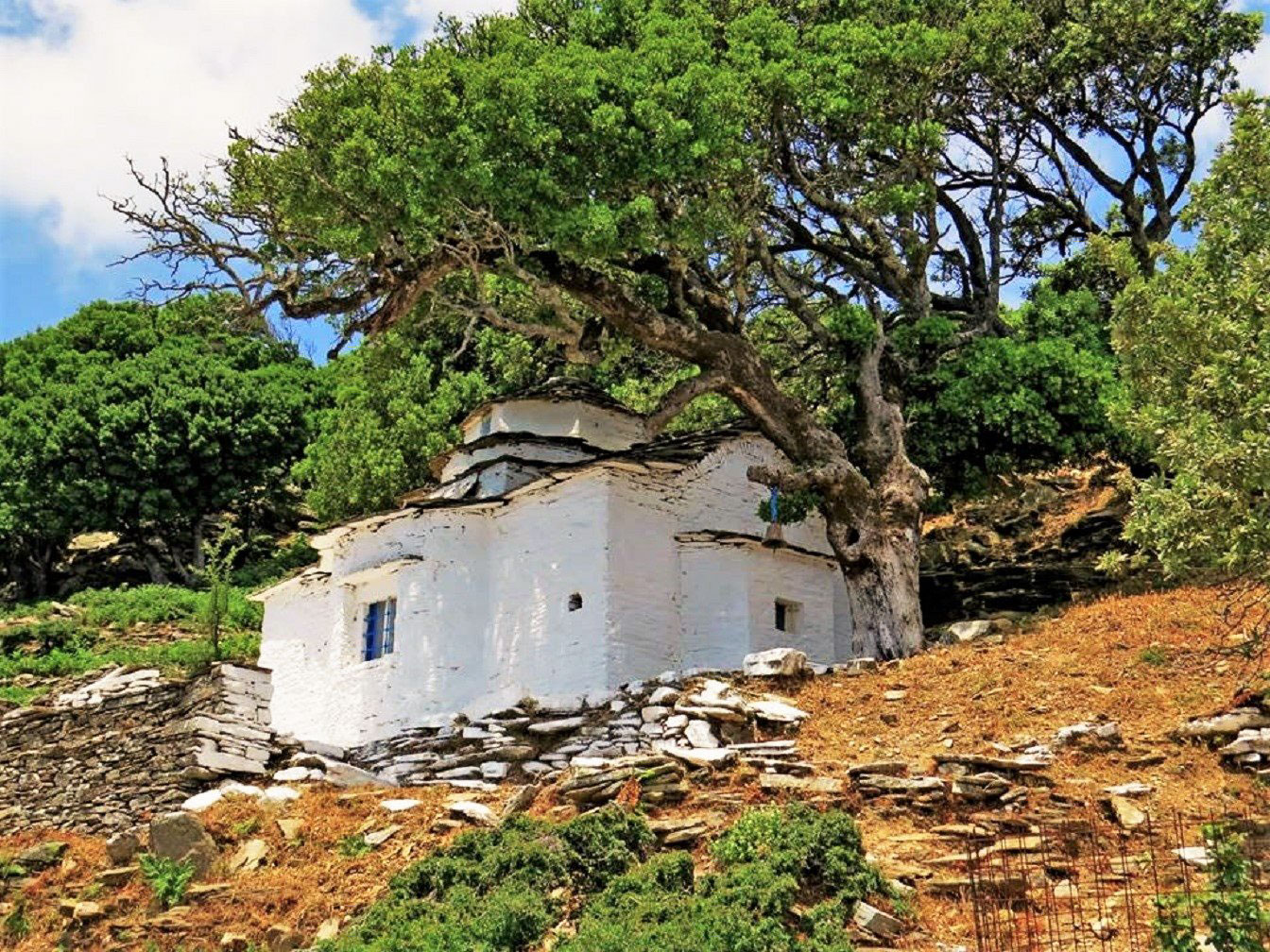 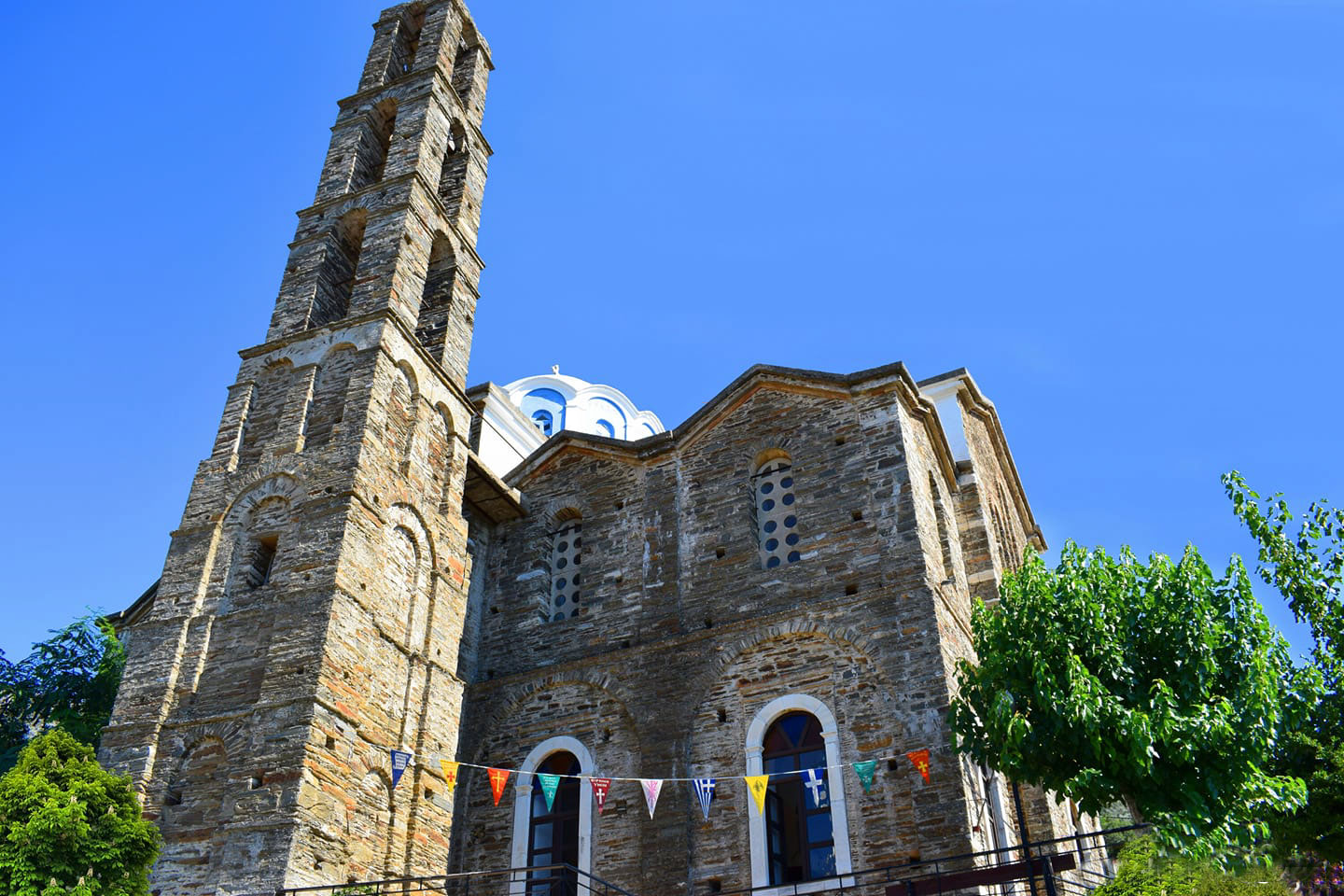 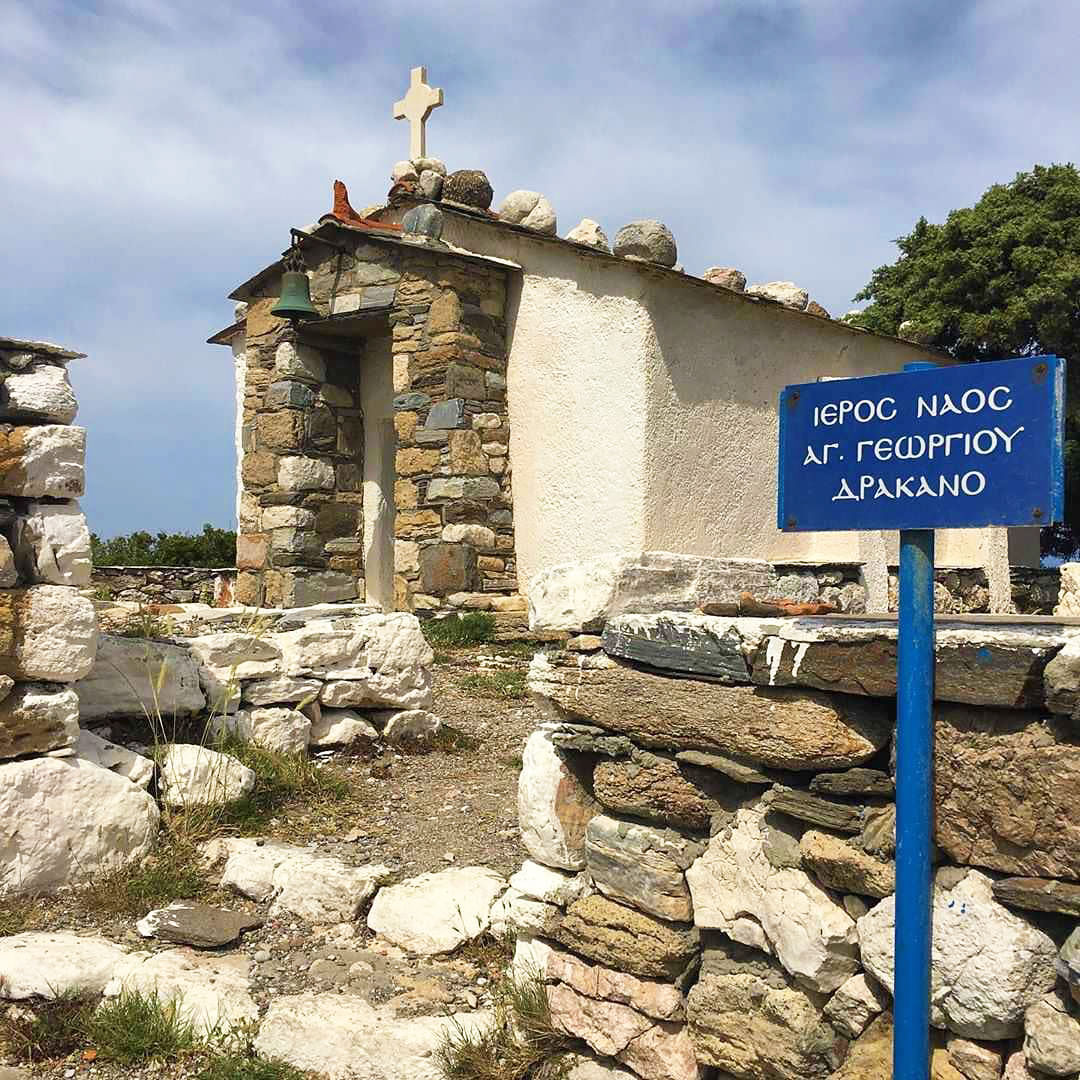 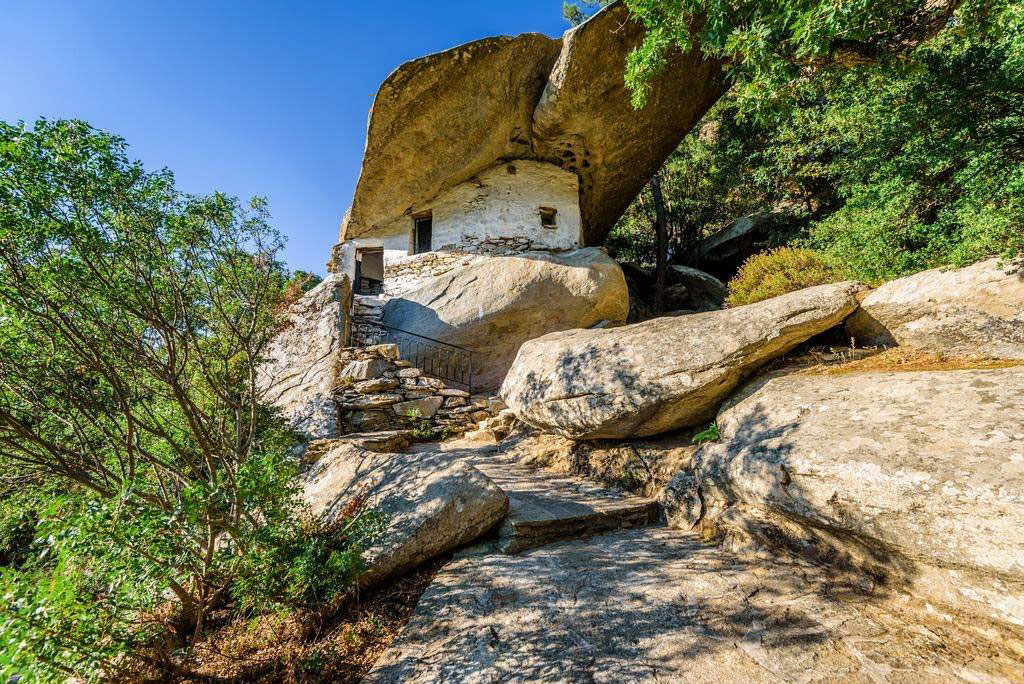