Agia Zoni Monastery: Built in 1695. Located in the valley of Vlamari, with frescoes of the 17th century, a wooden templon and a remarkable library of patriarchal documents and precious objects.

Zoodochos Pigi Monastery: Built in the mid 18th century, at an altitude of about 400 metres with panoramic views of the coast of Asia Minor. Inside the monastery, visitors can see the magnificent wooden templon with marble columns from the ancient temple of Miletus.

Panagia Spiliani Monastery: Located on the hill above Pythagorio. The namesake chapel is built in a cave that was a place of worship since antiquity, where holy water flows.

Timios Stavros Monastery: Near Mavratzaioi. Church of the 17th century with a three-aisled domed basilica. There, a gilded carved pulpit and an impressive bishop’s throne are kept.

Megali Panagia Monastery: Near Koumaradaioi, with beautiful frescoes of the 16th century and a carved gilded bishop’s throne, a pulpit and a templon of the 18th century.

Panagia Vrontiani Monastery: In Vourliotes. It is the oldest monastery of the island (1566) with a single-aisle domed basilica. Inside the Monastery, a gilded carved wooden templon, an imposing carved wooden throne and characteristic frescoes.

Panagia Sarantaskaliotissa: A remote chapel on the southeast side of Kerkis. Built in a cave and at an altitude of 320 metres up to a steep cliff.

Panagia Makrini: A remote chapel built in a cave above the village Kallithea. In the past, in the caves of the verdant region eremites used to shelter.

The Metamorphosis Church: In Potami of Karlovasi, also known as “Panagia tou Potamiou”. It belongs to the type of cruciform simple four-columned temple. The marble columns that support the dome probably come from an ancient monument. In the building, we note three styles: Byzantine, Genoese and modern. 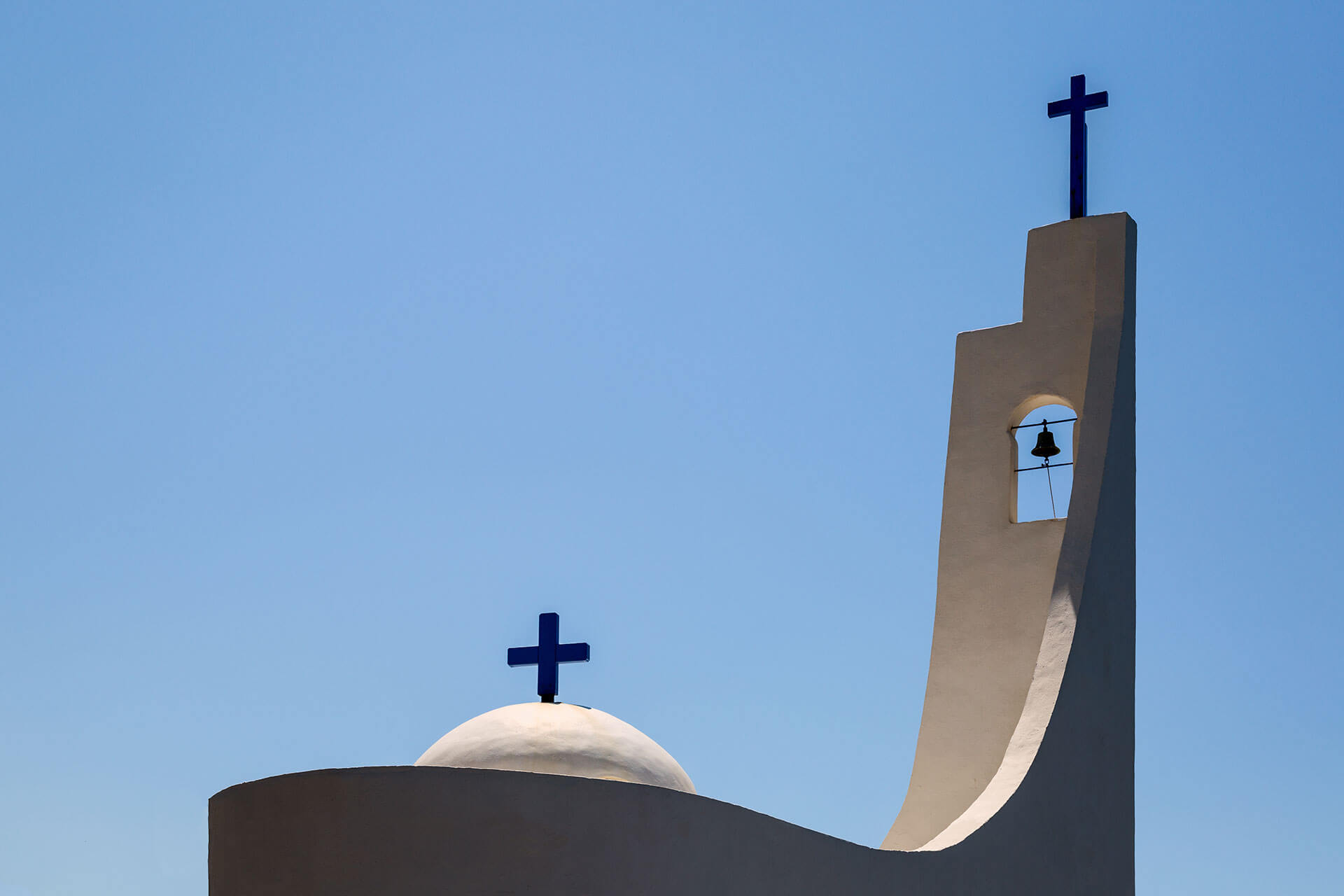 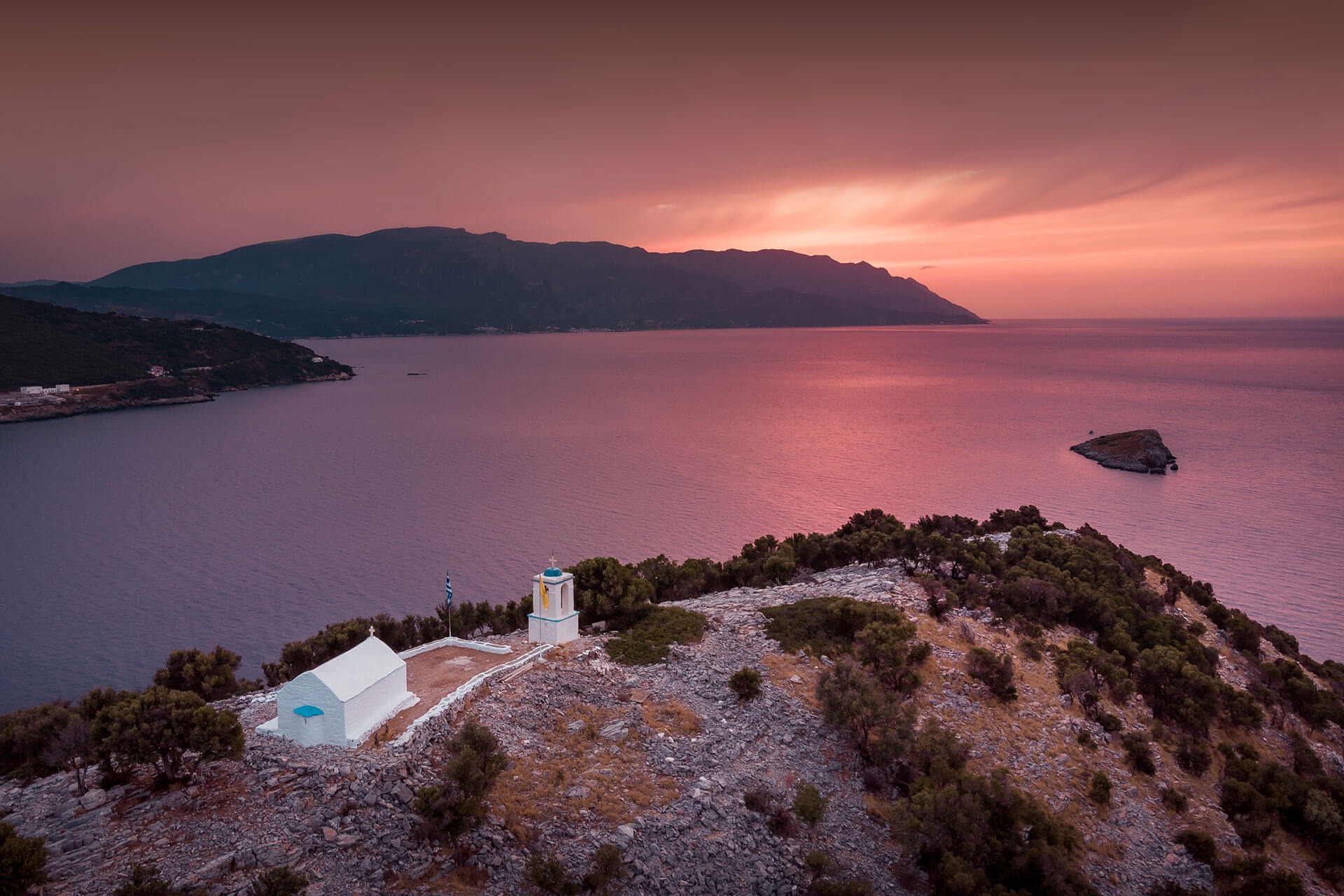 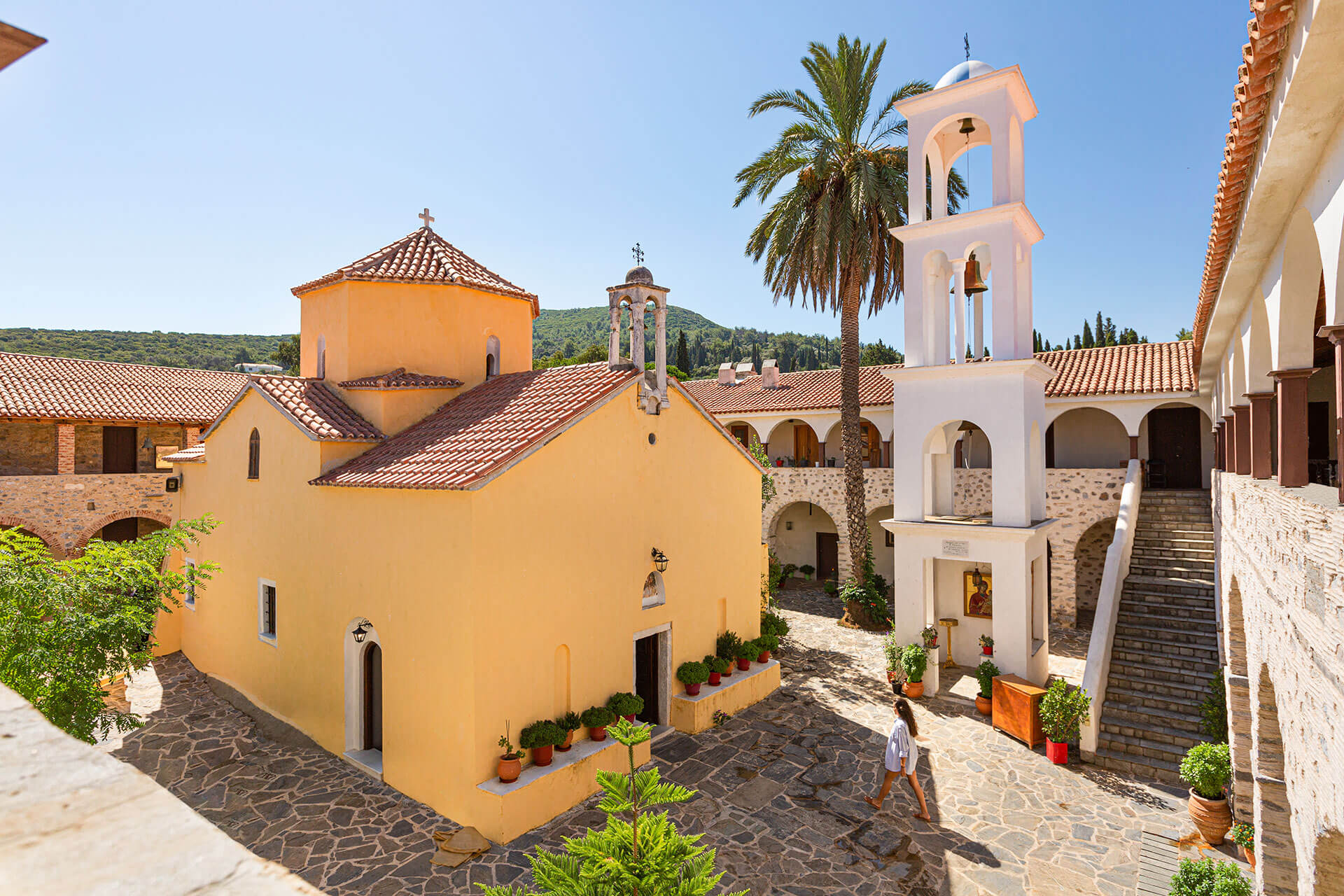 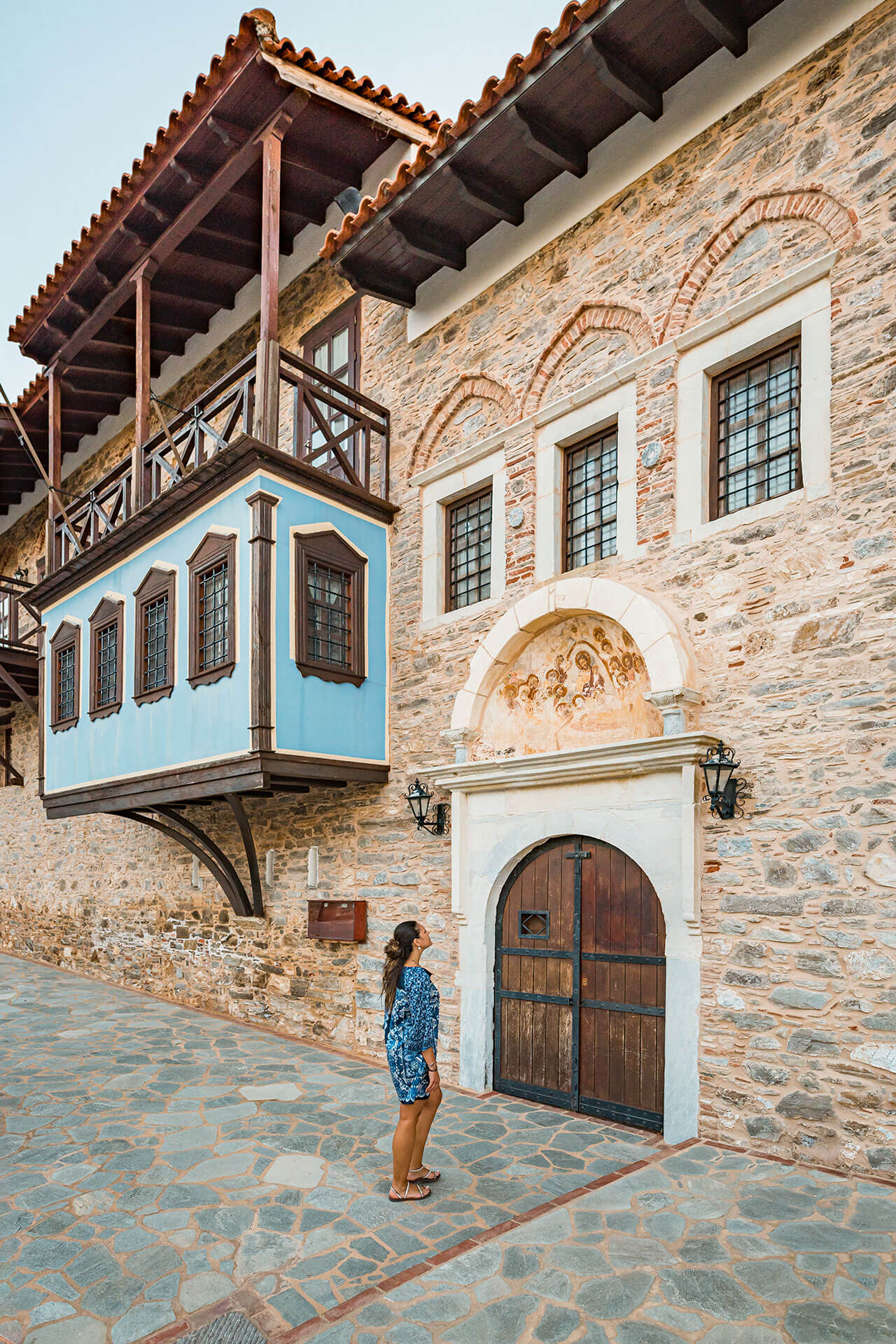 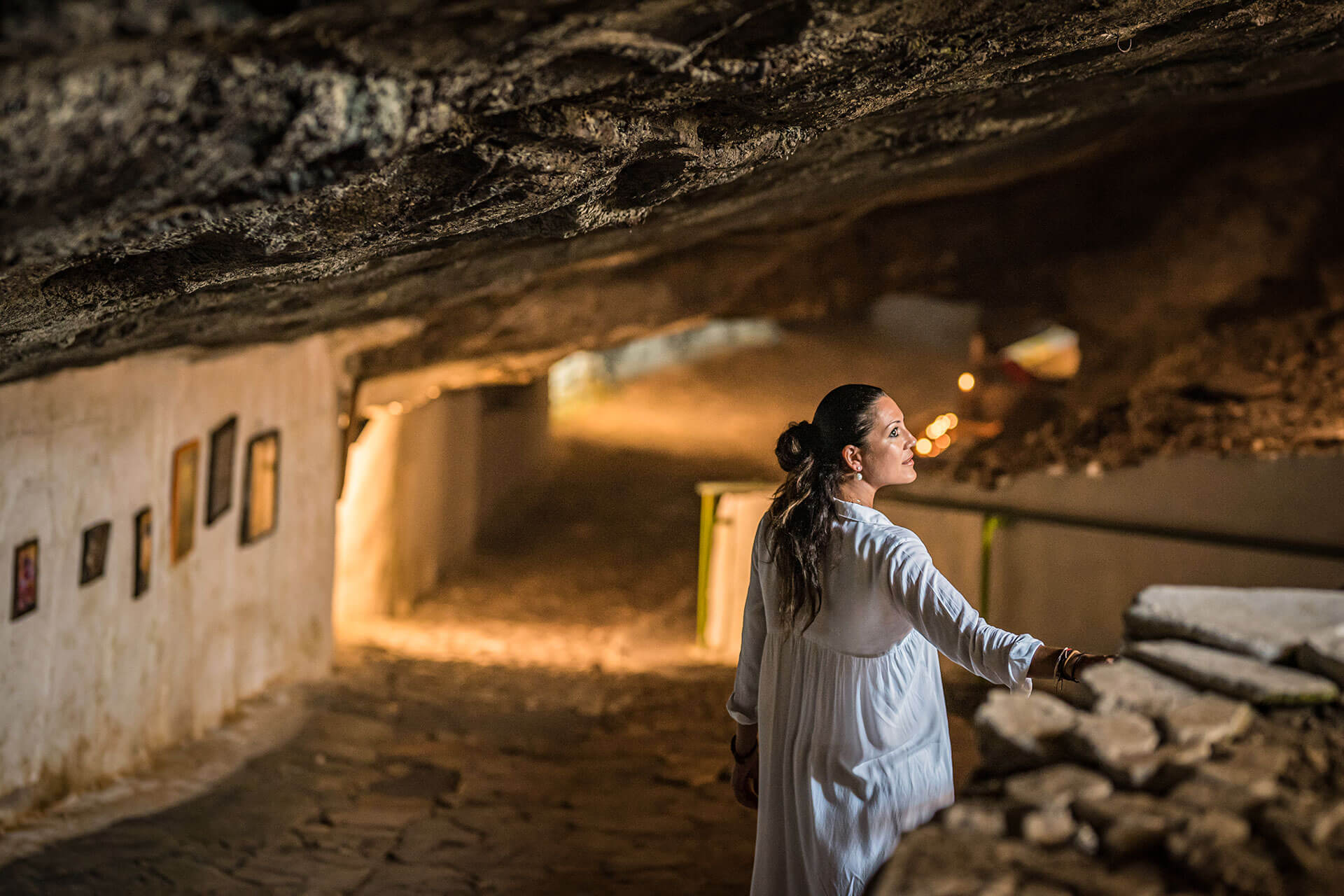 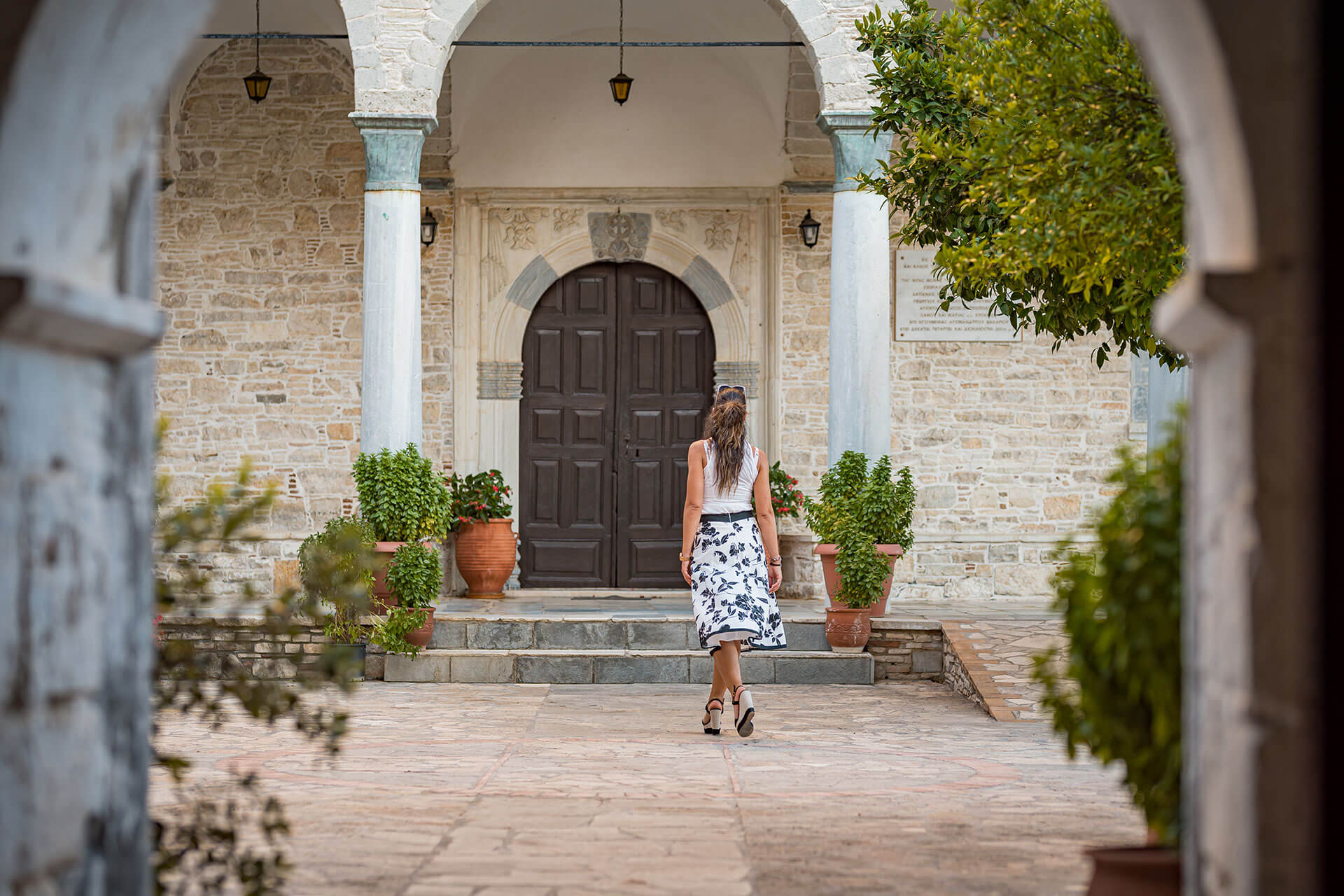 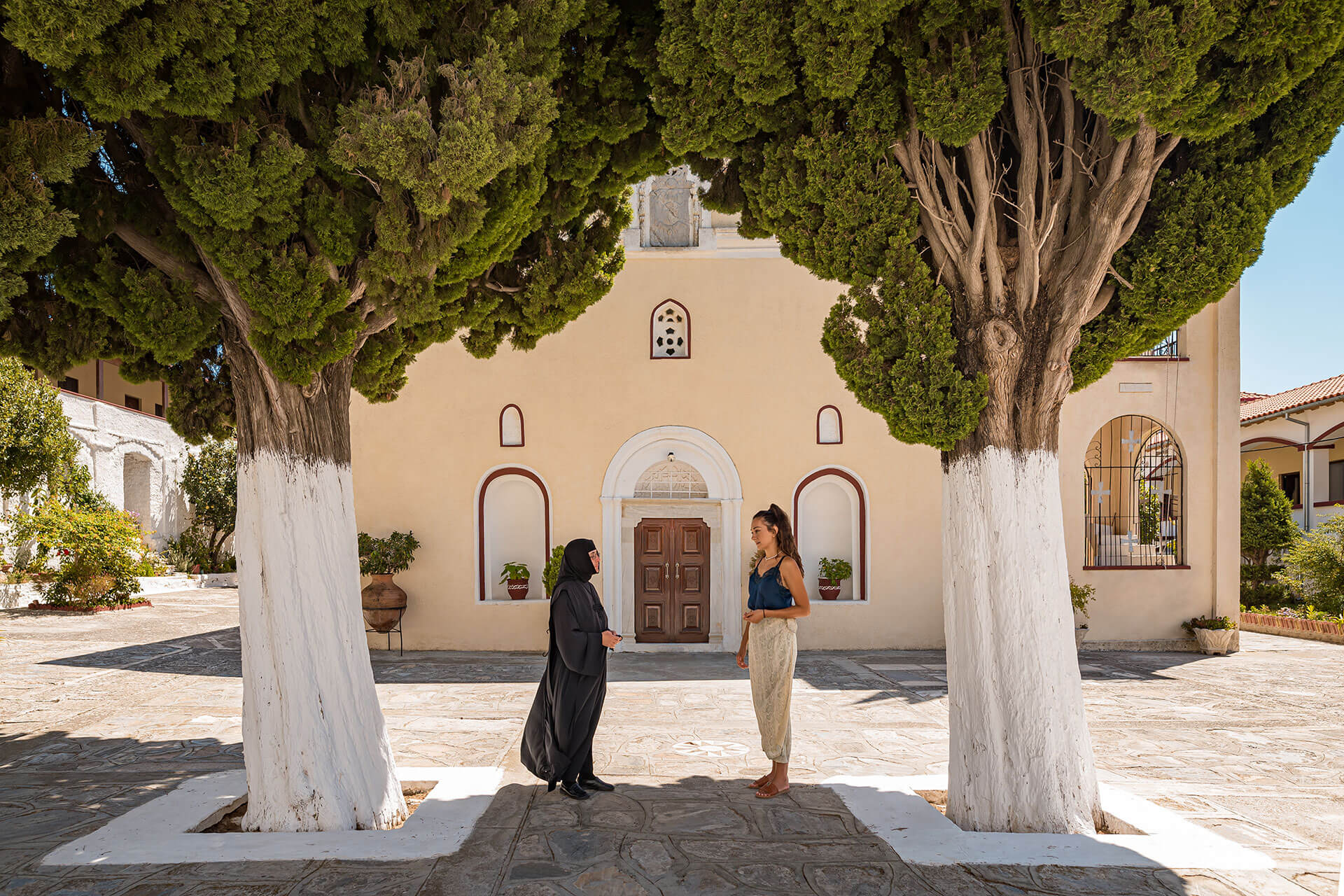 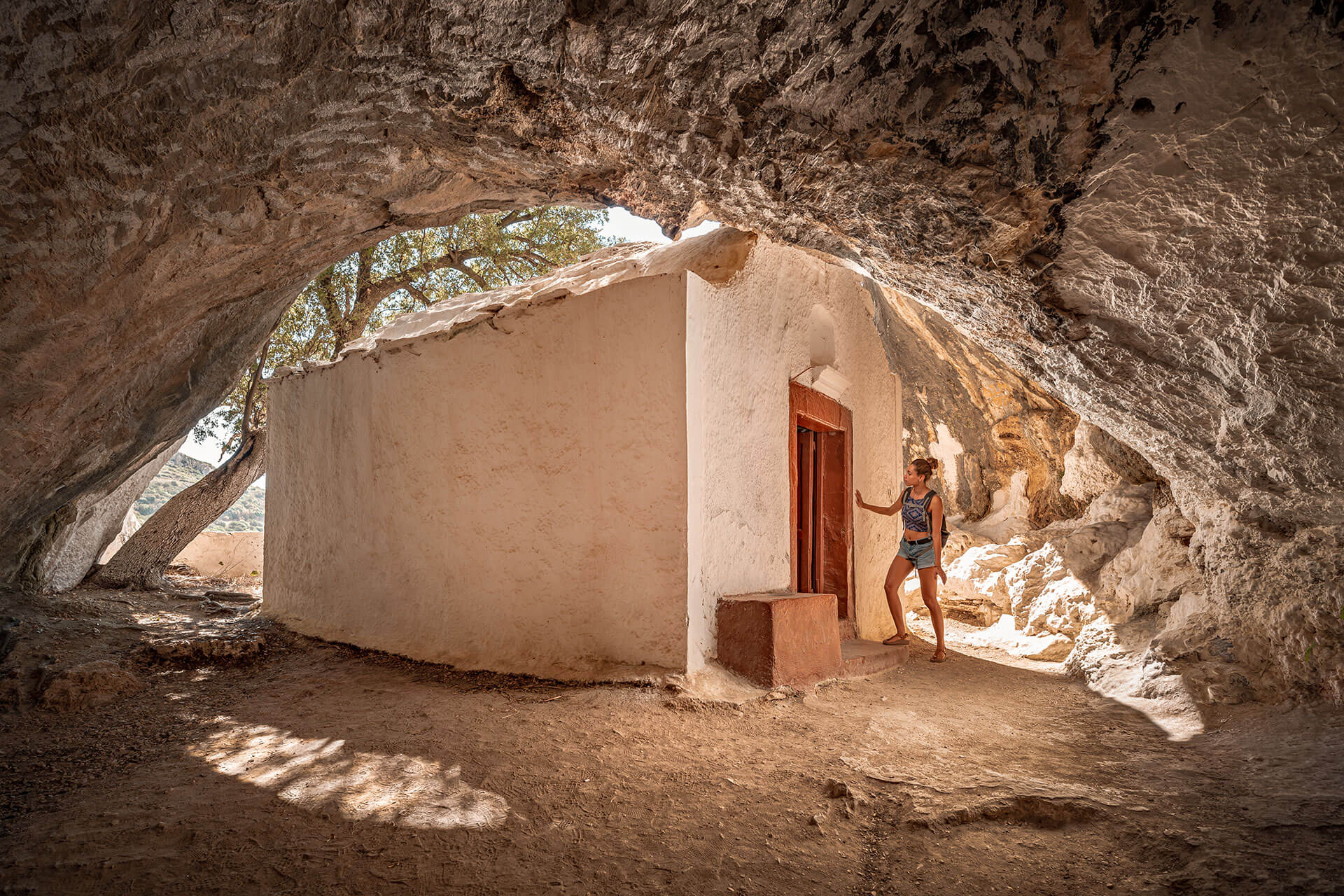 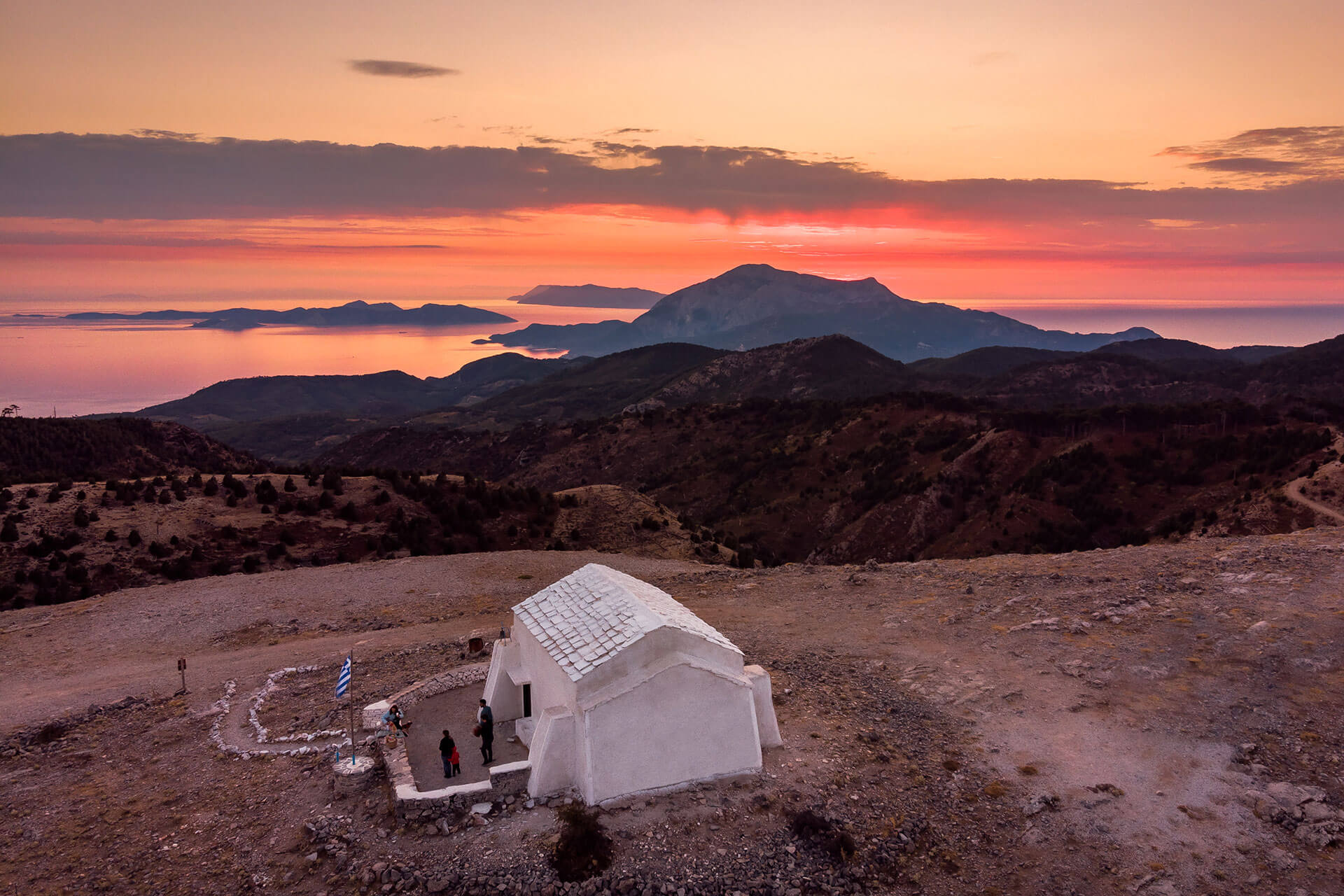