The Archaeological Museum of Samos is located in the town of Samos and its findings are exhibited in two buildings. The old museum, a great neoclassical building of 1912, contains collections from many periods and interesting exhibits including sculptures, ceramics, copper, ivory, wood, miniatures and jewellery. The new museum, inaugurated in 1987, hosts the collection of archaic sculptures. The most famous exhibit of the museum is the impressive 5.25m-tall “Kouros of Samos”, considered the biggest well preserved Kouros statue in Greece.

The Archaeological Museum of Pythagorio hosts a rich collection of chamois and griffins, Ionic and Samian kylices, hydrias, coins, spectacular kouroi and many findings of the necropolis from four different eras (Geometric, Archaic, Hellenistic, Roman). Some of the most notable exhibits are a sculpted earthen tablet of Nike riding a chariot, busts of Roman emperors, a statue of Venus and the headstone of Lucius.

The Natural History Museum of the Aegean, houses the departments of Zoology, Minerals and Rocks, Marine Life, Botany, and Palaeontology. The fossilized animal bones found on the island, including tiny horses (Hipparion), mastodons (Mastodont Iongirostris), Hyena (Crocura eximia), Samothirio (Samotherium boisieri) and Rhinoceros are notable exhibits. The last feline that came to Samos from Asia Minor, almost 150 years ago, is exhibited embalmed and was a source of inspiration to the world famous book titled “Wildcat behind glass”, by writer Alki Zei.

Samos Wine Museum next to the modern winery of the Winemaking Cooperatives Union of Samos, displays the history of the Samian wine. The exhibits include old and traditional tools of wine making and barrel manufacturing, collectible bottles and items. The visitors have the chance to taste all Samian wines.

The Folklore Museum of Samos of the N. Dimitriou Cultural Foundation hosts interesting representations of the island’s everyday life, until the middle of the last century. It includes authentic everyday objects like utensils, handicrafts, textiles, costumes and jewellery as well as tools of traditional professions, like barbers, cobblers, fishermen, basket-makers, bee-keepers and farmers.

The collection of the Folklore Museum of Karlovasi includes some important elements of tradition and folklore art of the period 1870 – 1955 with fine exhibits, such as porcelain, carved mirrors, silverware and antique furniture.

The Folklore Museum of Pagonda represents entirely a traditional Samian house with furniture and utensils, in five beautifully formed rooms, the bedroom, the living room, the kitchen, the loom room and the basement.

Heraion was a place of worship since ancient times. Archaeological research has revealed remnants of at least 4 ancient Greek temples: Hekatompedon I (8th century BC), Hekatompedon II (7th century BC), the temple of Rhoikos and Theodoros (6th century BC), the temple built by the tyrant Polycrates (538-522 BC) and other smaller temples of Hellenistic and Roman periods. Herodotus mentions that the Heraion of Samos was the biggest and most imposing temple of its time. It is a dipteral Ionic temple, with 155 gigantic columns, of which only one survives upright. Many offerings to the goddess Hera are masterpieces and demonstrate the religious influence of the sanctuary throughout Greece, Asia Minor, the Middle East and Egypt. Part of the temple complex is also Iera odos (the Sacred Way), paved with stone, that led to the ancient town of Samos (Pythagorio).

The Tunnel of Eupalinos, the “double-edged tunnel” as Herodotus called it, was built during the regime of the tyrant Polycrates by the architect Eupalinos in order to supply water to the ancient town of Samos. With a total length of 1,036m, it is considered one of the greatest technical achievements of its time, also known as the “8th Wonder of the Ancient World”. Construction began simultaneously from two opposite sides of the hill of the ancient acropolis and was completed midway with a deviation of a few meters.

The Polykratian walls with a length of about 6.5 km and a width of up to 3 metres, fortified the ancient town of Samos. The few remaining parts of the walls are impressive structures built with huge stones.

Roman Baths: Sports facilities of the ancient town have been discovered in the archaeological site of Thermes, west of Pythagorio, including a gymnasium, an arena and a stadium of about 200 metres in length, one of the largest of its time. The same reveals the ruins of the Roman baths, built around the mid 2nd century AD.

The Tower of Lykourgos Logothetis, southwest of the port of Pythagorio, includes parts of the Byzantine castle that was abandoned in the mid 15th century. The leader of the Samian revolution, Lykourgos Logothetis, fortified it again and converted one of the towers into a command post. Today, it is a restored museum. The historic Temple of Metamorfosi Sotiros was built near the tower, to commemorate the victorious Battle of Samos in the straits of Mykali in August 1824.

Samos Town Hall is an exceptional example of neoclassical architecture. It was built in 1901, during the Principality, in order to house the Parliament of Samos. It was renovated in the 1990s and preserves historical relics of the island since 1821, the Constitution of Samos, important documents, notable paintings and historical portraits. The amphitheatre hosts many events and public speeches. 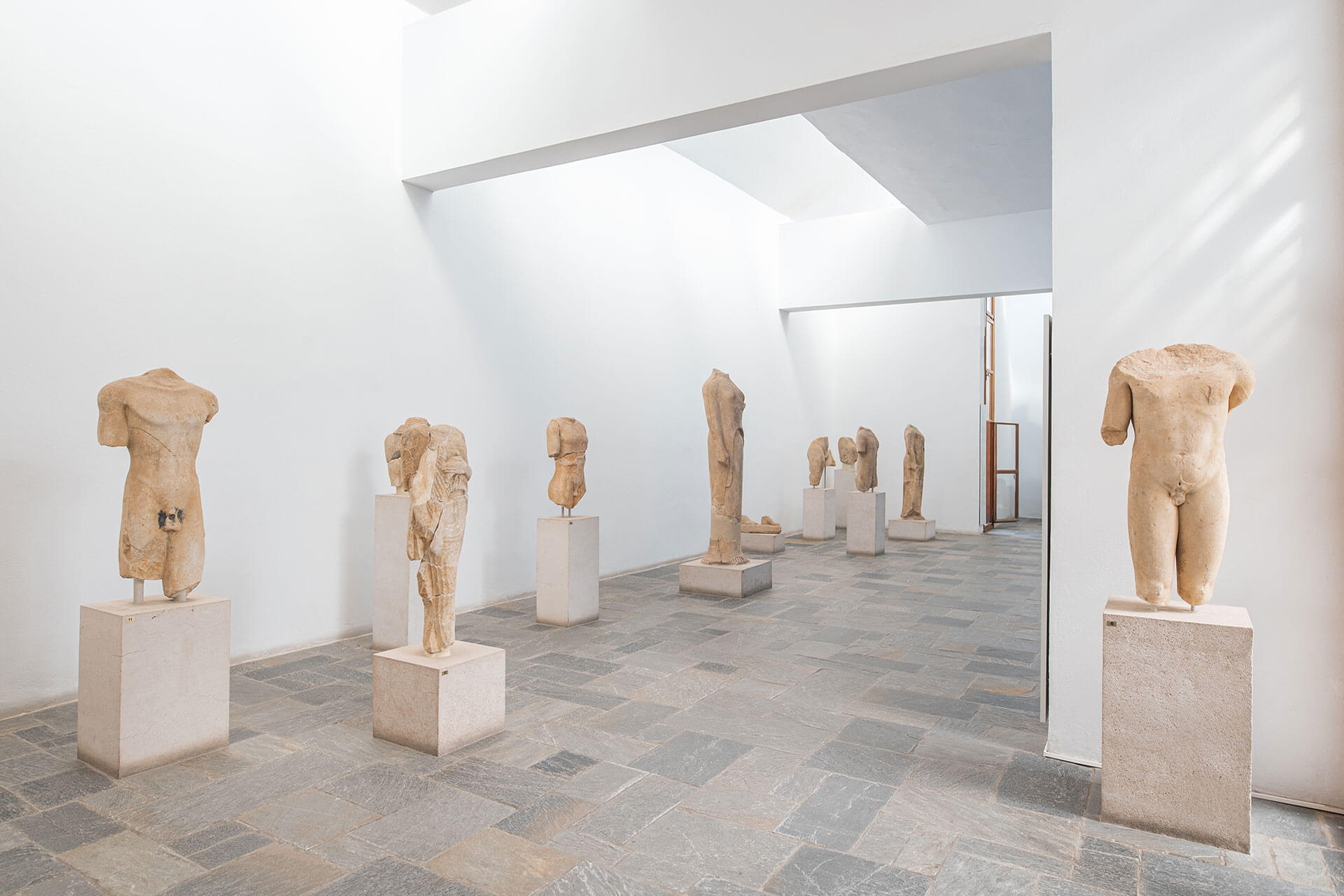 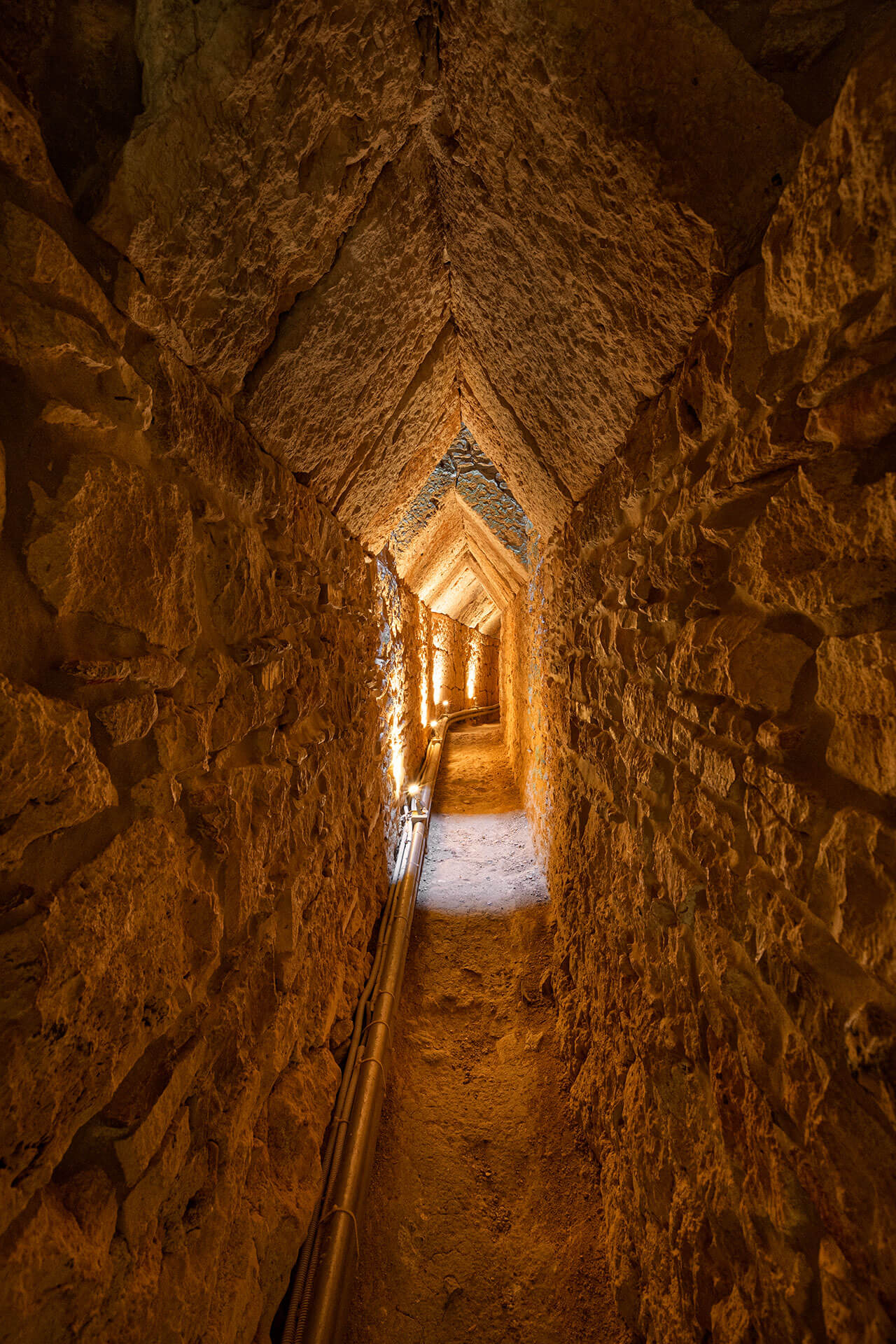 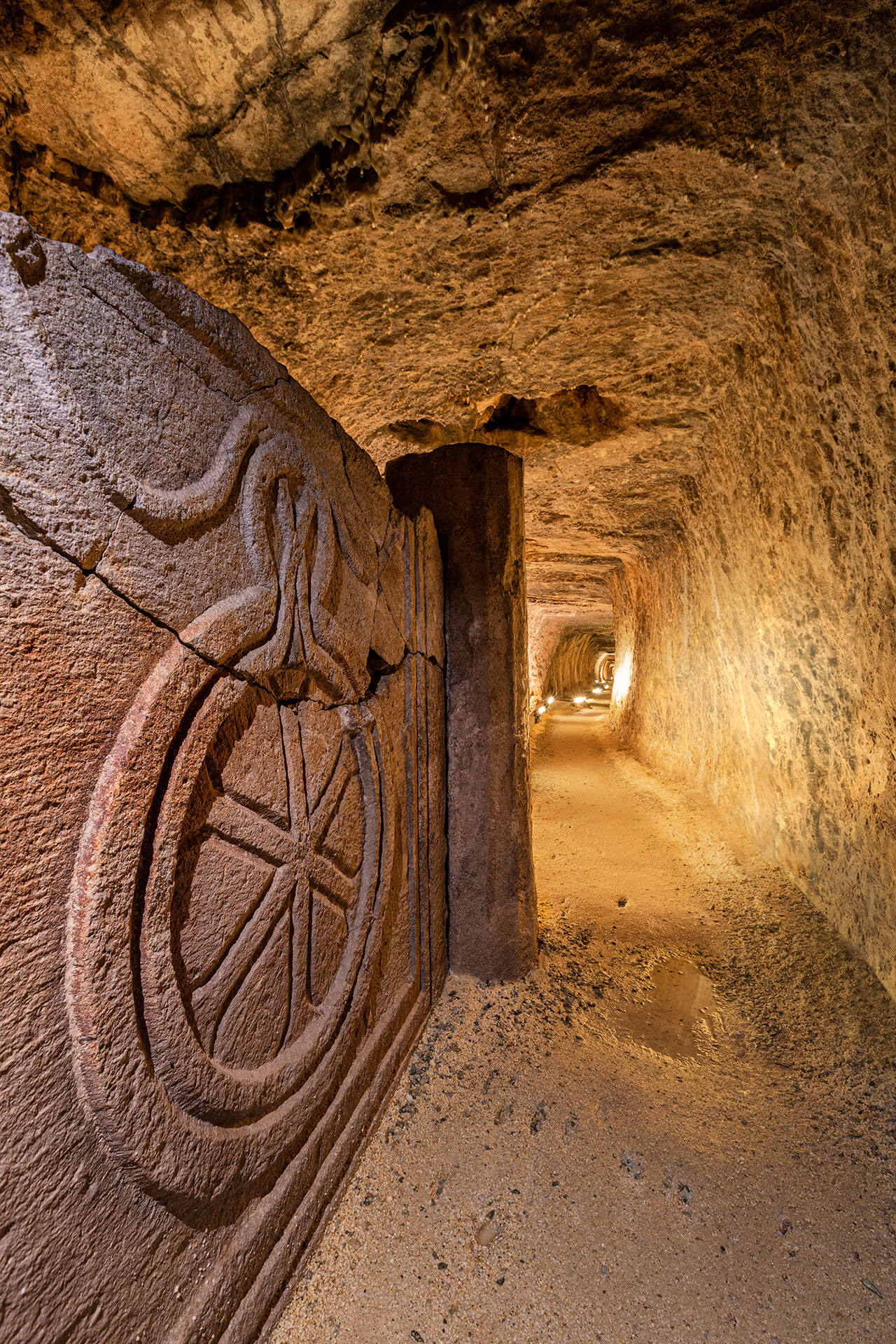 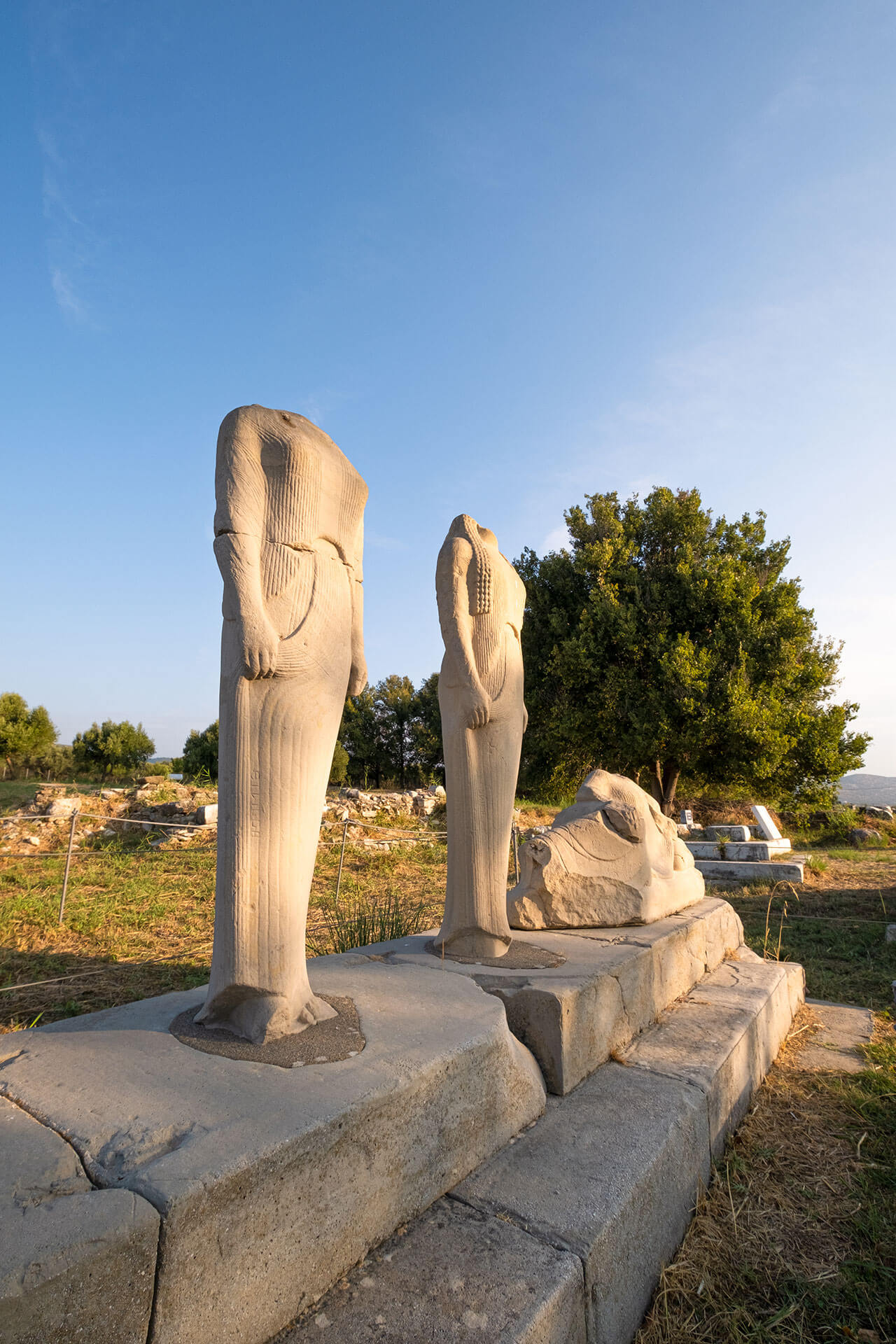 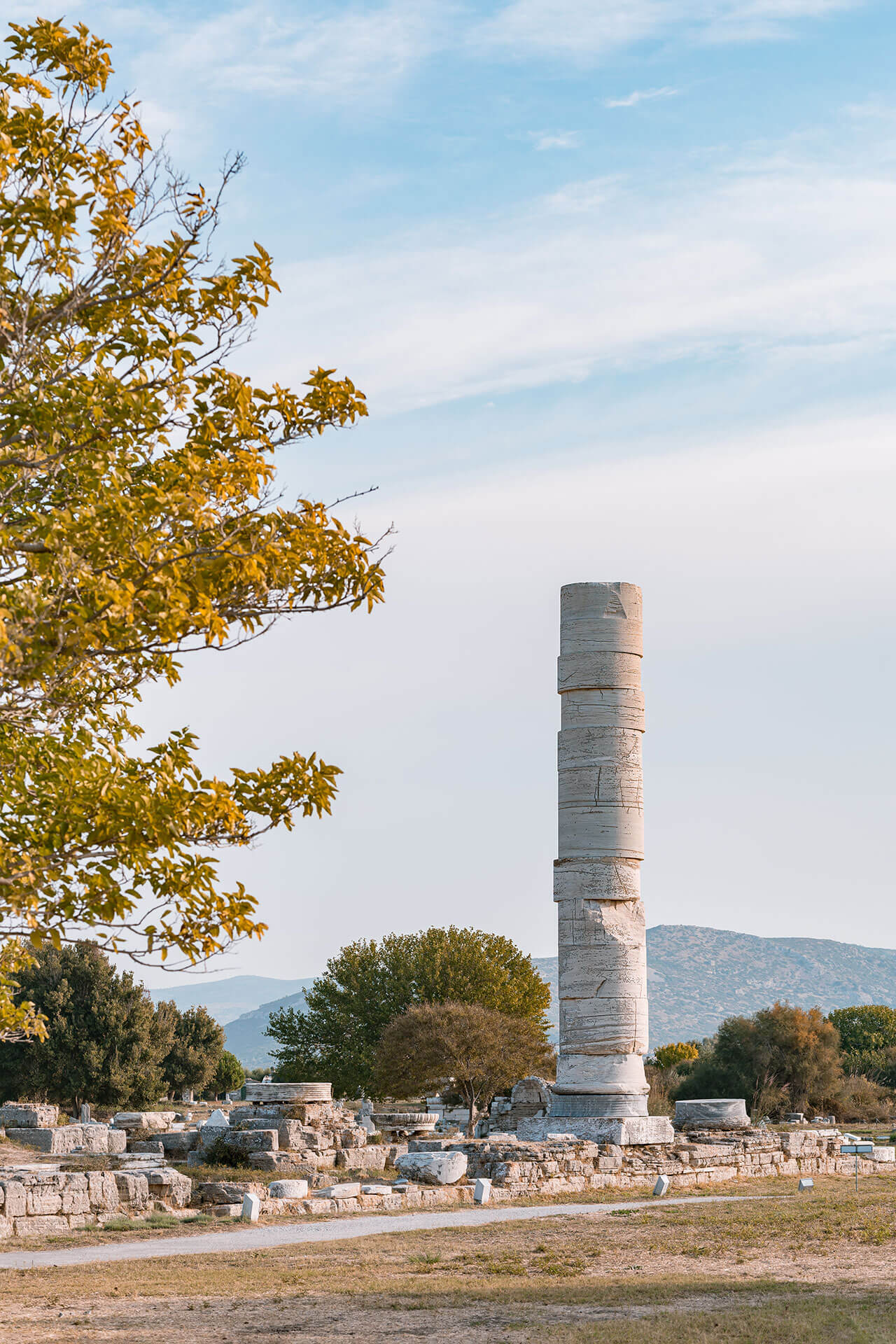